Gold Bulls Have Stored Up Energy For Another Rally Next Week, Analysts Eyeing $1,250 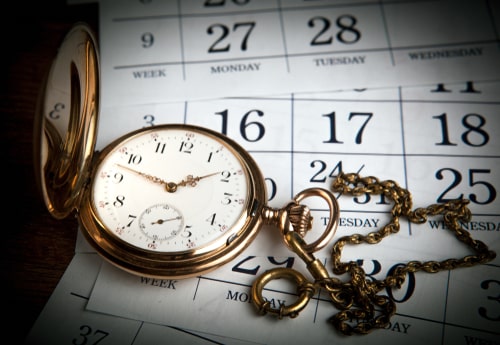 (Kitco News) - Gold’s resiliency this week in light of a higher U.S. dollar and hawkish FOMC meeting minutes could mean the precious metal is ready to shine again, according to analysts.

As this week is coming to a close, gold is heading for a third straight weekly gain, which marks a significant turnaround following a dismal summer. The December Comex gold futures were last trading at $1,231.60, up 0.12% on the day, after hitting a ten-week high earlier this week of nearly $1,237 an ounce.

“Gold is at a critical technical juncture right now,” Mitsubishi analyst Jonathan Butler told Kitco News on Friday. “The short-term charts are showing that we are at the 100-day moving average.”

This is a great setup for gold going into next week, Butler noted. “If we solid basis support above the 100-day moving average, we could hit $1,250, and potentially go above that.”

The 100-day moving average has been a barrier for gold in the past, said Blue Line Futures president Bill Baruch, adding that going into next week he is “outright bullish” on gold if the metal can hold above $1,230.

“Gold nudged a close above the $1,230 pivot yesterday and we said this would lay constructive groundwork in order to continue to develop a bull flag … A close above here is bullish and should bring gold to our upside target of $1,244-$1,250,” Baruch said.

How High Can Gold Go From Here?

Butler expects to see a continuation of the short-covering rally that has been taking place over the last couple of weeks, despite the additional strength in the U.S. dollar and U.S. 10-year Treasury yields.

The analyst is not ruling out the $1,300 level either but warns that a significant U.S. dollar sell-off is required for that to happen. “It is less likely that the U.S. dollar will be sold off heavily in the environment when the U.S. economy is looking strong. For many investors the U.S. is a safe bet in comparison to China,” he said.

In the meantime, what will support gold in the short-term is risk hedging and inflation hedging, Butler noted.

If the $1,250 level is reached next week, gold could be in store for further gains, Kitco’s senior technical analyst Jim Wyckoff said.

“The bulls' next upside target is $1,250, which could be reached next week if geopolitical tensions escalate, namely the rift between the U.S. and Saudi Arabia and/or if world stock markets experience strong selling pressure. If the $1,250 hurdle is cleared the door would then be opened to a challenge of $1,300,” Wyckoff pointed out.

In the meantime, gold’s choppy trading this week is in no way a reflection of a bear market, added Wyckoff. “It suggests the bulls are storing up energy for the next upside move,” he said.

“The equity sell-off incited people to rethink their positioning and make new allocations into the gold space. Stumbling in other asset classes have provided a positive uplift for gold,” Louney said.

Louney sees further upside in gold prices due to an extremely short positioning on the COMEX but believes that the $1,300 level is only possible next year.

“After tentatively stabilizing in September, the gold price staged a $50/oz rebound in early October, setting up the potential for a further short covering rally towards $1,300/oz,” Garvey said in a report published on Thursday. “For prices to bounce, investors do not need to decide that they want to increase their gold holdings, rather they merely need to decide they no longer wish to be short the yellow metal.”

The major release this week was the FOMC meeting minutes from September, which showed that the third rate hike of the year was unanimous and that there was a general agreement that further gradual rate hikes will be needed in the future. https://www.kitco.com/news/2018-10-17/No-Significant-Impact-On-Gold-As-The-FOMC-Meeting-Notes-Point-To-More-Rate-Hikes.html

In September, the Fed proceeded to raise its benchmark rate target by 25 basis points, taking the range to 2-2.25%.

Following the release of the meeting minutes, gold prices barely moved, keeping the majority of the previous gains.

“Those who might have expected gold to fall heavily following the release of the FOMC minutes have been left surprised by the resilience of the yellow metal. External uncertainties and the continued mixed investor sentiment towards stock markets is probably encouraging traders to hang onto gold positions for now,” said FXTM research analyst Lukman Otunuga.

Butler added that the reason there were no big moves in gold was because the meeting notes confirmed what the markets already knew — “Fed’s commitment to raise rates in light of economic growth, inflation hitting target and jobs pointing to full employment.”

Next week’s macro docket will include Bank of Canada’s (BoC) and European Central Bank’s (ECB) interest rate announcements on Wednesday and Thursday, respectively.

In the U.S., analysts will be keeping a close eye on the durable goods report, scheduled for Thursday and the Q3 GDP data, set to be released on Friday.