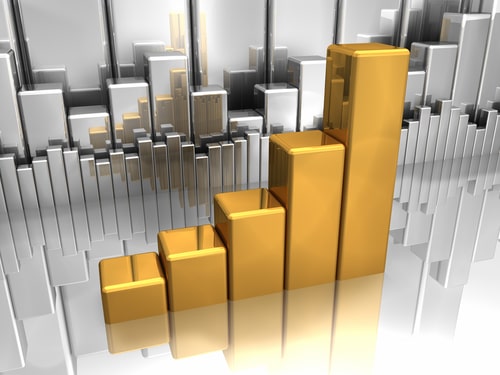 (Kitco News) - Gold prices could be in store for the “mother of all short-covering” rallies, said one analyst, citing CFTC short positioning and the yellow metal’s strength in the face of higher U.S. dollar.

Even $1,500 is not out of the realm of possibilities, according to ThinkMarkets chief market analyst Naeem Aslam, who sees the latest CFTC data as a positive sign for gold prices.

“The recent CFTC data showed that hedge funds have decided that it is about time for them to start scaling back from their short position. This sends a strong bullish signal for the metal,” Aslam wrote in a report published on Monday.

Making things even more favorable for gold prices is the “capitulation factor” in case the Federal Reserve changes its mind on how aggressive it wants to be when it comes to monetary policy tightening.

“After all, Donald Trump has criticized the Fed several time about hiking the interest rate so many times this year. It is important to emphasize that back in 2015 when speculators had net long positions, it triggered a 30% move in the gold price. A similar move would help the price to move to $1,500,” Aslam added.

Another sign that things are looking up for gold is the metals’ strength in the face of higher U.S. dollar.

On top of that, recent weakness in global equities and concerns around global economic growth have been helping the yellow metal.

“Anxieties around the trade war started to impact the sentiment and this triggered the profit warning by Wall Street analysts. On top of this, we also had the IMF coming out with a downward revision of the global economic growth. The bearish sentiment since then has picked strength and more and more hedge fund analysts have started to believe that there are more chances for the markets to face serious correction than a bull run,” Aslam pointed out.

The geopolitical environment is also finally lending a hand to gold prices, with investors looking towards risk-off assets with safe-haven properties like gold.

In his report, Aslam highlighted heightened geopolitical tensions between Saudi Arabia and the West over the killing of journalist Jamal Khashoggi, Brexit negotiations, and Italian budget uncertainties in the EU.

“The geopolitical tensions have started to make investors seriously worried about their portfolios and if we factor in the growth concerns over in China in the same equation, it becomes clear why the speculators have started to scale back from their short positions,” the analyst said.

On Tuesday, gold prices rallied, hitting a three-month high and trading above the $1,240 an ounce level, due to increased safe-haven demand amid rising geopolitical uncertainty. The December Comex gold futures were last trading at $1,235.10, up 0.86% on the day.