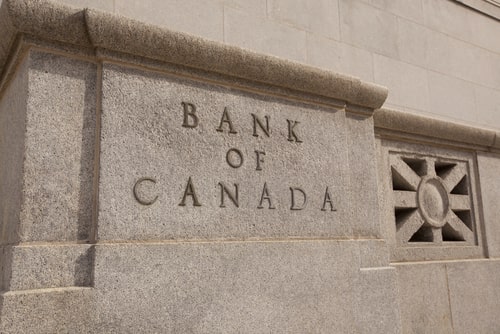 (Kitco News) - The Bank of Canada (BoC) raised its key interest rate to 1.75% on Wednesday, hiking rates for the third time this year.

Gold priced in Canadian dollars tumbled down immediately following the news, last trading at C$1,599.45 an ounce, down 0.60% on the day, according to Kitco’s Gold-Currency charts.

The interest rate hike was widely expected by the markets and marks the fifth total increase since the central bank began hiking rates last year.

The BoC cited the new US-Mexico-Canada Agreement (USMCA) and robust U.S. economic growth as the reasons behind its decision.

“The global economic outlook remains solid. The US economy is especially robust and is expected to moderate over the projection horizon, as forecast in the Bank’s July Monetary Policy Report (MPR). The new US-Mexico-Canada Agreement (USMCA) will reduce trade policy uncertainty in North America, which has been an important curb on business confidence and investment,” the central bank said in a statement.

But, the heated trade rhetoric between the U.S. and China still remains unresolved and is projected to weigh on global growth and commodity prices, noted the BoC.

“Financial market volatility has resurfaced and some emerging markets are under stress but, overall, global financial conditions remain accommodative,” the bank said. 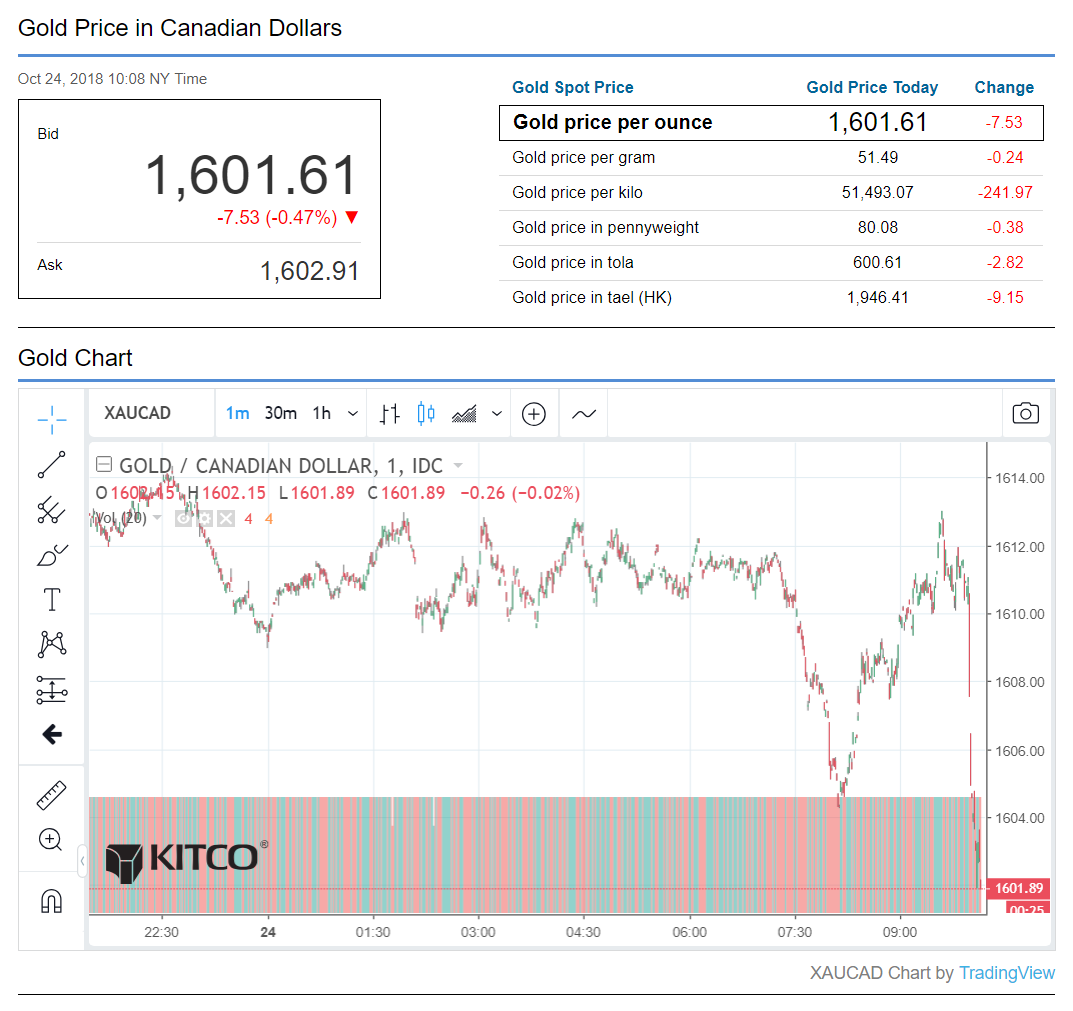 On the domestic front, the BoC said that Canadian economy is operating “close to its potential,” with real GDP estimated to grow by 2.1% this and next year and then slow down to 1.9% in 2020.

The BoC once again highlighted that it is carefully watching how the economy is adjusting to higher interest rates in light of rising household debt.

Despite the rate hike being widely priced in by the markets prior to Wednesday, gold prices in CAD still plunged and some economists said this was due to a more “hawkish tone” of the interest rate announcement itself.

“The tone was more hawkish than we expected, dropping the reference to “gradual” for hikes ahead (which markets will see as leaving the door open for two in a row, meaning a hike in December), and asserting that rates will have to keep climbing to “neutral”, which the Bank has estimated as near 3%,” said CIBC Capital Markets chief economist Avery Shenfeld. “The tone today will push yields higher and be bullish for the C$.”