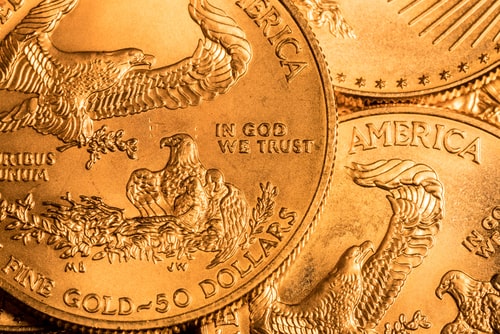 (Kitco News) - If the Fed continues to steadily raise interest rates higher, gold will replace U.S. Treasuries as the “ultimate risk-off asset,” according to the New York-based INTL FCStone.

“If, as I expect, rates will go higher for longer, much higher for much longer, gold will replace Treasuries as the ultimate risk-off asset, and investors should own it as an insurance against equity market risk,” INTL FCStone global macro strategist Vincent Deluard said in the ‘Gold Is The New Treasuries’ report published this week.

The report measures gold’s ability to act as a hedge against stock market volatility, which varies from decade to decade.

“Gold tended to rally a lot on big down weeks for the stock market between 1985 and 1995 when the memories of the great inflation were still fresh. Gold’s value as an equity hedge declined during the “great moderation” of the late 90s. Treasuries emerged as the new risk-off asset during the deflationary years that followed the great financial crisis of 2008. However, gold has outperformed Treasuries on bad stock market weeks since the Fed started hiking rates in 2015,” noted Deluard. 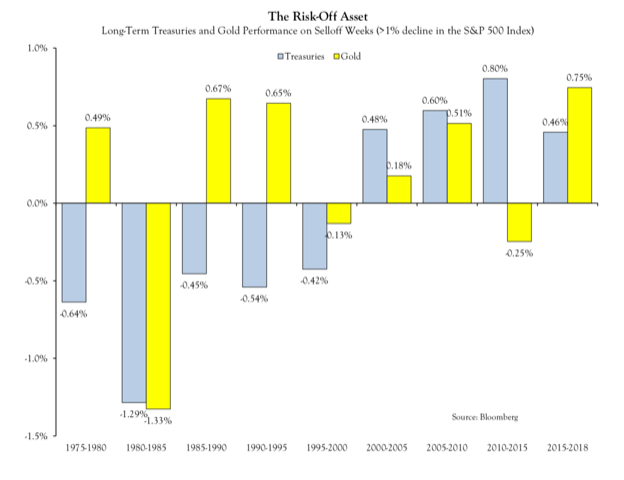 The INTL FCStone’s report also highlighted that the Federal Reserve’s “put” has been waning when it comes to U.S. Treasuries.

“Treasuries lost a cumulative 20% in the days preceding FOMC meetings during the great inflation on 1966 to 1981. Treasuries rebounded a bit on FOMC days as the Fed tried to re-assure investors that everything was under control, but they sold off the next day, indicating that investors did not trust the Fed’s narrative. A similar pattern of Treasuries’ decline around FOMC days has appeared since 2016,” Deluard pointed out.

On top of that, the strategists added that foreign investors do not favor U.S. Treasuries because U.S. yields are “often negative on a currency-hedged basis.”

Another significant aspect to keep in mind when weighing risk-off asset options is the speculation around Russian and Chinese central bank buying up gold and selling U.S. Treasuries, Deluard said.

“One can speculate about the motivations for this behavior. Conspiracy theorists believe that China and Russia are secretly preparing a gold-backed cryptocurrency to replace the U.S. dollar. That may be a bridge too far, but it is undeniable that China and Russia have reduced their U.S. Treasuries reserves (to close to zero in the case of Russia) and increased their holdings of gold,” the strategist explained.