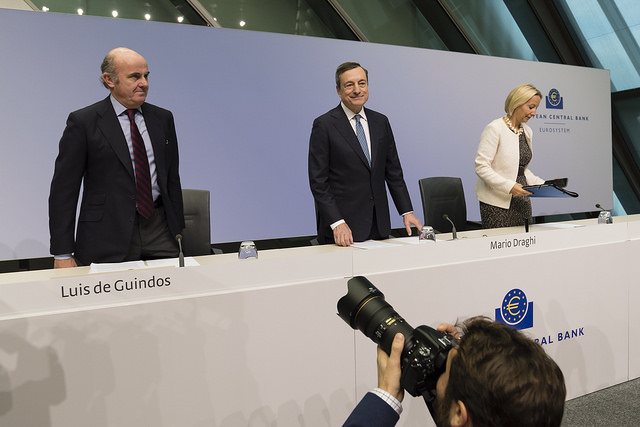 The ECB left interest rates unchanged on Thursday, noting that it was still planning to end its monthly asset purchases at the end of the year.

“We will continue to make net purchases at the new monthly pace of €15 billion until end-December 2018; we anticipate that, subject to incoming data confirming our medium-term inflation outlook, we will then end net purchases,” Draghi said during the press conference.

The central bank’s interest rate on the main refinancing operations and the interest rates on the marginal lending facility and the deposit facility remained at 0.00%, 0.25% and -0.40%, respectively.

Gold priced in euros edged up following Draghi’s press conference but remained flat on the day, last trading at EUR 1,083.13, up 0.14% on the day, according to Kitco’s Gold-Currency charts.

Draghi also left the door open for possible rate hike increases in the end of next year.

“We continue to expect them to remain at their present levels at least through the summer of 2019, and in any case for as long as necessary to ensure the continued sustained convergence of inflation to levels that are below, but close to, 2% over the medium term,” he said. 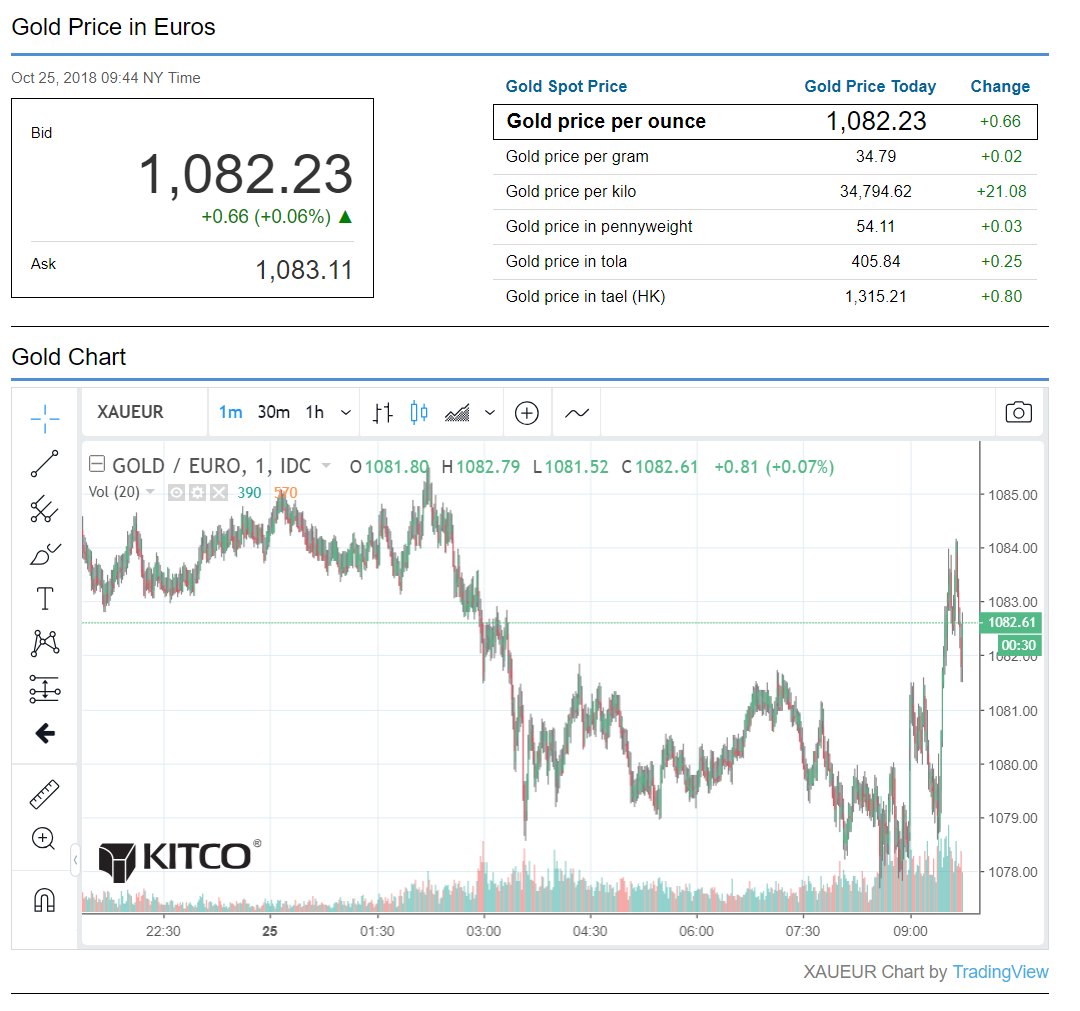 On the inflation front, Draghi said there was not much change, but the outlook is optimistic.

Draghi also highlighted that negotiated wages in the EU keep going up, nominal wages growth is picking up, and the labor market keeps expanding — all very comforting signs for the EU.

Incoming economic data has been somewhat weaker than expected, Draghi noted, adding that the overall picture “remains overall consistent with our baseline scenario of an ongoing broad-based economic expansion, supported by domestic demand and continued improvements in the labor market.”

The ECB President added that current weakness does not mark a downturn, but is simply a sign of a weaker momentum, especially in light of strong last year’s data.

This statement was expected, Capital Economics European economist Jessica Hinds told Kitco News on Thursday, adding that this was never going to be the meeting where the ECB would change its policy stance.

“We have some sympathy with [Draghi’s] view. Some loss of momentum was always to be expected following a strong end to 2017.’

Hinds also pointed out that Draghi was asked a lot of questions surrounding the Italian budget crisis, but noted that it was not surprising that Draghi did not want to be drawn into the conversation.

“There are very little signs of contingency for other markets. It remains a risk to the monetary policy rather than something that is influencing the policy stance now,” she added.