(Kitco News) - Large speculators have continued to exit from their one-time large net-bearish post in gold futures, trimming this by roughly two-thirds over the course of the last two reporting weeks for data compiled by the Commodity Futures Trading Commission. 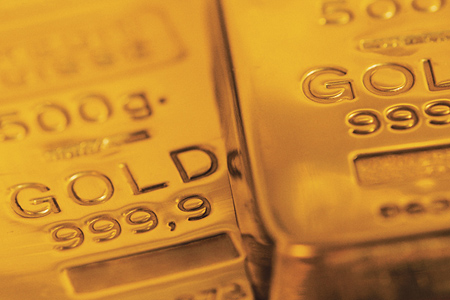 “The gold price continued to recover accordingly in the period under review,” said analysts with Commerzbank. The move has occurred during a weak month for U.S. equities.

The disaggregated report showed that money managers further trimmed their net-short position in gold futures to 38,116 contracts from 49,382 the week before. Over the past two weeks, they have slashed that net short by 65%, after it had stood at 109,454 as of Oct. 9.

During the most recent reporting week, the number of total shorts fell by 7,231 contracts, reflecting short covering, in which traders buy to cover or exit from short positions. The gross longs climbed by 4,035, representing fresh buying.

“Gold specs continued to cover shorts and add to long positions, as the equity market meltdown accelerated,” said TD Securities. “The yellow metal rallied to as high as $1,243/ oz on Friday. Gold held firm despite the fact that the U.S. dollar index traded near its yearly highs, suggesting that the recent strength has been a product of short covering and safe-haven demand rather than macro appetite.

“As such, we question gold's ability to rally further without a continued equity market rout and USD weakness — which is unlikely until global central banks converge their policy to that of the Fed's.”

Silver futures also benefited from short covering, said Commerzbank. Money managers’ net-short position was trimmed to 21,025 contracts from 33,399 at the end of the previous reporting week. Gross shorts fell by 7,555 lots, while gross longs increased by 4,819.

“The silver price has likewise recovered somewhat of late, though not to the same extent as the gold price,” Commerzbank said. “The gold/silver ratio has risen to 84 as a result.”