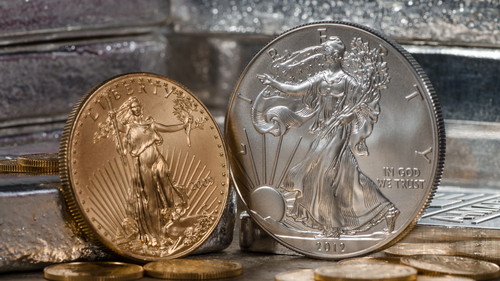 (Kitco News) - The U.S. dollar and economic growth can’t keep going up indefinitely and next year will be the time for a slowdown, according to one French bank, which is bullish on gold and silver in 2019.

“We are bullish on gold prices, mainly due to our expectations of a weaker dollar in 2019. We think that the weaker currency and macroeconomic environment will be the main driver behind higher gold prices,” Natixis wrote in its Commodities Price Outlook.

The most significant impact on the U.S. dollar next year will be the Federal Reserve (Fed) wrapping up its tightening cycle, while the European Central Bank (ECB) continues policy normalization and begins to raise rates in the second half of next year, the report pointed out.

“Both the end of the Fed rate hike cycle and higher ECB rates (and other major central banks) should push the dollar lower,” Dahdah said.

“We remain at full employment and above potential. In addition, we expect that the impact of the tax cut will start to dissipate by the second half of the year,” the report explained.

Natixis sees the U.S. Dollar index lowering down to 90 from the current level of 96.25.

“The currency impact on the price of gold will continue to take center stage in 2019 as we do not see a particularly marked change in the fundamentals of the gold market,” Dahdah noted.

Gold’s mine supply is projected to continue dropping moderately in 2019-2020, while central banks’ gold reserve remain around the same levels, the report added.

“We do not see reasons as to why this situation should change over the next two years,” Natixis wrote.

The U.S. trade war with China is also likely to spill into the next two years, with Chinese economy estimated to slow down while avoiding crisis mode, Dahdah said.

“The trade war is most likely to be a long-term issue, with it being a matter of structural competition, whereby the US is looking to limit Chinese economic development. However, the Chinese government do not want the trade war to accelerate the slowdown of its economy, and will be quick to respond if it becomes apparent that such an event is occurring,” the report described.