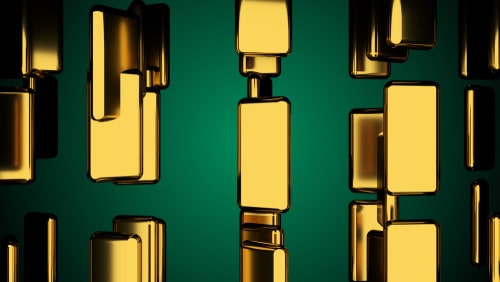 (Kitco News) - Analysts are focusing on next week’s midterm elections in the U.S. and the Federal Reserve’s monetary policy meeting as gold tries to hold significant support above the $1,230 an ounce level.

While the majority of analysts interviewed by Kitco remained bullish on gold price next week, many experts talked about uncertainty in the air due to Tuesday’s midterm elections in the U.S. and Thursday’s U.S. central bank monetary policy meeting.

However, the midterm elections pose the biggest risk to the gold market because the Federal Reserve is not expected to raise interest rates until December, according to the analysts.

Political Gridlock Could Be Good For Gold

Polls are suggesting that the midterm election results will divide the Congress with Democrats gaining control of the House and Republicans winning the Senate.

Gold is likely to benefit from this type of political environment, added TD Securities head of global strategy Bart Melek.

“Midterm elections should create uncertainty about policy, which means even more gridlock in the U.S. government … Volatility is typically not a bad environment for gold. But, the impact won’t be seen right away, it will be something that gradually builds,” Melek said.

What this might mean for the market is almost no chance of agreement between the two parties, TD Securities said in a report released in October.

“We think Democrats will begin impeachment proceedings if they win control of the House, which likely will preclude any cooperation with the Trump Administration. Even in the absence of impeachment, common ground on infrastructure will be hard to find; we do not expect any meaningful additional fiscal stimulus over the next two years,” the TD strategists said.

The market environment following the election is likely to be risk-off, which is good for the yield curve and gold prices. “A divided Congress should mean a risk-off reaction due to political uncertainty, which should bull steepen the yield curve,” the report noted.

The biggest surprise the markets could see from the midterms would be Republicans maintaining control of the Congress, Capital Economics U.S. economist Andrew Hunter added.

“In this case, there might be hope that they would follow through on recent promises of tax cuts and that would benefit the U.S. dollar and the U.S. Treasury yields. Otherwise, there’s little prospect of more tax cuts and stimulus,” he said.

Any election result that is “off consensus” could put upward or downward pressure on gold, explained RBC Capital Markets commodity strategist Christopher Louney.

“Whichever one surprises more versus consensus. The result of the election and how policy changes versus what we experienced in the last two years will have implications on the news flow and the narrative around the economy, trade, currencies, and ultimately gold,” Louney said.

In another surprise scenario — where the Democrats regaining control of Congress next week — it will be much more difficult for the U.S. President Donald Trump to pass more business-friendly policies, which at the end of the day will benefit gold, Australia’s Perth Mint Richard Hayes told Kitco News earlier this week.

“If Trump doesn’t do well during the midterm elections it will bring people back to the bullion market,” he said on the sidelines of the London Bullion Market Association’s 2018 precious metals conference. “For many bullion consumers, Trump is their guy and with him, in office and Republican’s controlling Congress they haven’t had the need to buy gold and silver as an insurance policy.”

Watching The Fed And Its Response To Equity Sell-Off

When it comes to the Fed meeting, analysts are focusing on the central bank’s possible reaction to October’s major equity sell-off.

“The biggest question is whether the recent fall in the stock market concerned some of the Fed officials,” Hunter said.

Capital Economics’ Strachan is also carefully eyeing the Fed’s response to the moves in equities, estimating that the market might see Fed’s reaction only next year.

“In the short-term, the Fed will carry on the pattern as before. But there’s some uncertainty around that and it will be interesting to see what they might do,” he said. “And going into 2019, the Fed tightening could finish earlier than markets are expecting. Recent wobbles and concerns around global growth resonate with that picture.”

Analysts also pointed out that next week’s reaction to the Fed meeting could be a limited one because the market is pricing in another rate hike only in December and a press conference won't follow Thursday's meeting.

“It’s only a statement meeting; there’s no press conference. So, generally speaking, it has less potential to cause moves in the markets,” noted Hunter.

Equities To Play A Key Role

“What we’ve seen in recent weeks is a turnaround in investor sentiment towards gold. We’ve seen significant selling in Q3 in gold ETFs, but in October we’ve had first increases in four months. And that is likely to gather further momentum as people look to increase holdings of gold in their portfolios. Over next year, that is the key part of our bullish outlook for gold,” he noted.

For Hunter, it is starting to become difficult to remain confident when it comes to U.S. equities. “We have been fairly bearish on the U.S. stock market for a while now. We expect the S&P 500 to end the year at 2,500 [from the current level of 2,705],” he said.

Hunter’s outlook is based on a slowing U.S. economy, which will force the Fed to start once again cutting rates in 2020.

“We do expect one more hike this year in December, which is pretty much priced into the market. Then, we estimate two more hikes next year — in March and in June. But, we think the Fed will stop there, mainly because the economy will be starting to slow. The Fed’s interest rates will peak at 3%,” Hunter noted.

For gold to make a big move to the upside, prices need to get above the $1,250 level, according to RJO Futures senior market strategist Phillip Streible.

“Gold really needs to get above $1,250 for a breakout to the upside. Otherwise, the trend is sideways. A couple of days ago it looked like we were going to break out,” Streible said.

The strategist added that if we go down to $1,220, gold would be under pressure to touch the $1,200 level once again.

“Gold may moderate downwards a little bit, main due to fairly robust U.S. employment report. With jobs up 250K, wages continuing to move at a modest pace and unemployment at 3.7%, the Fed will continue to signal higher interest rates into 2019,” Melek said.