Commodities Are Breaking Out Of Their 'Perfect Storm' Of Underperformance - VanEck 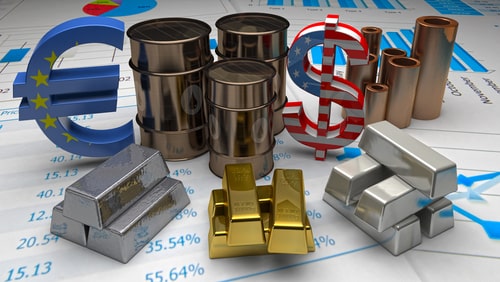 (Kitco News) - The “proverbial perfect storm” of underperformance in the natural resource sector peaked in the third quarter, with the market now looking historically attractive, according to investment management firm VanEck.

“Whether it be the concerns around … trade-war-induced slowdown in global growth and associated metals weakness …, [or] presumed dilutive acquisitions, the [hard] asset class and some of our holdings suffered [in Q3],” VanEck portfolio manager Shawn Reynolds said in his commentary. “However, we believe the natural resource equity complex has transformed dramatically over the last several years and see the investment opportunity as historically attractive.”

Base metals are coming off a weak quarter, with aluminum, copper, zinc, and nickel down around 3%, 5%, 8.5%, and 15%, respectively; meanwhile, gold prices fell below their well-established base of $1,200 an ounce in Q3, Reynolds pointed out.

Downward drivers for the commodity sector in the third quarter were primarily centered on the heightened uncertainty regarding U.S. trade policy, trade war rhetoric, and tariffs.

“While some fears were allayed following the resolution of the NAFTA dispute by quarter-end, escalating tensions between the U.S. and China remained at the core of the seemingly generalized bearish market sentiment for commodities,” Reynolds noted.

One of the biggest fears for base metals in Q3 was that China, which is responsible for nearly half of the world’s base metals demand, would see an economic setback in light of tariffs, which weighed on metal’s price outlook, added the portfolio manager.

When it came to gold, prices were not directly impacted by trade concerns, but a rising U.S. dollar in light of heightened trade tensions pressured the yellow metal down.

“By midway through August, market action in gold was dominated by short sellers, resulting in a net speculative short position in physical gold for the first time since 2001. Combined with a U.S. dollar rally, this helped drive the price of the metal below its established near-term base of $1,200/oz and placed further pressure on gold mining shares already squeezed by plateauing margins,” VanEck’s report stated.

The first point is “dramatic under-representation” and “undervaluation of resource equities” when compared to the broader market, the report said.

The second element is the fact that commodities’ supply side is being negatively affected by the multi-year plunge of capital investment in new natural resources.

Moreover, VanEck noted that there is evidence of “broad and substantial improvements” at the corporate level, especially when it came to operating performance, capital efficiency, balance sheets, and the return of capital to shareholders.

“The harmonic convergence of all these factors appeared to have a nascent impact on equity market returns since the beginning of September and we believe this may continue into 2019 as the natural resources industry continues on its path of delivering historically strong operational and financial performance,” Reynolds said.