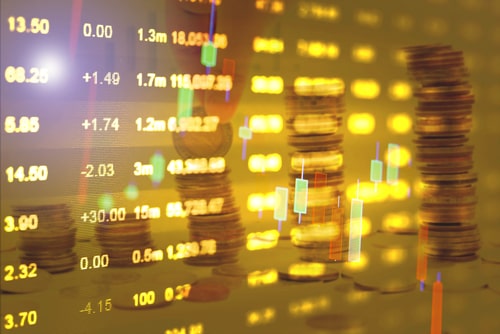 (Kitco News) - From all the precious and base metals, gold has the most to gain if equities see further losses, said Bloomberg Intelligence (BI), which is not ruling out the $1,400 an ounce level for gold.

“Gold has the most upside if equities continue to decline, particularly if U.S. stocks give back more vs. the world. In this scenario, the dollar should decline and metals and broad commodities would benefit. Gold's appreciation potential remains disconcerting, given the macroeconomic implications as the market becomes increasingly coiled,” BI’s senior commodity strategist Mike McGlone wrote in the firm’s outlook for November.

The December Comex gold futures were last trading at $1,232.10, down 0.10% on the day, as markets remained focused on Tuesday’s U.S. mid-term elections.

Gold’s “good initial resistance” is around $1,375 an ounce — the metal’s high during the Fed’s tightening cycle, McGlone identified.

The tight trading range the precious metal has been stuck in during the last few years could be a sign that prices are ready to break out higher, according to the outlook.

“If the greenback resumes the mean-reversion process of 2017, gold should head toward $1,400,” McGlone said. “The market's about as trend-ready as it gets, unchanged vs. five years ago and with the narrowest-for-longest 52- week Bollinger Bands in almost two decades. A bit of sustained mean reversion in the stock market or dollar should unlock the cage for the well-rested gold bull.” 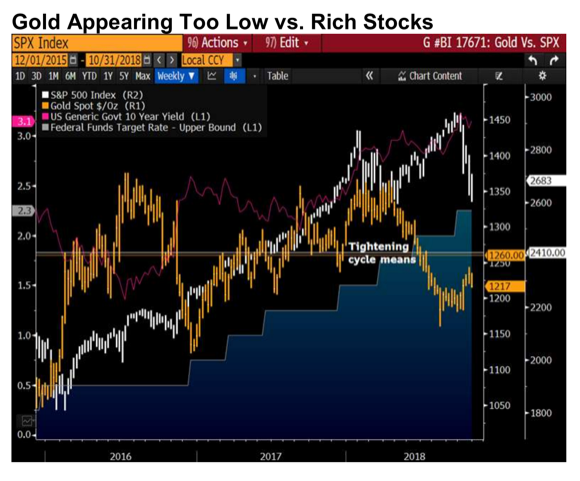 On top of that, Bloomberg Intelligence sees limited greenback strength in the future, with McGlone stating that the U.S. dollar rally might have run its course.

“Near the 2002 and 2016 peaks, the greenback's rally appears to be pushing on a string, notably on the back of the outperforming U.S. stock market,” he said. “Recent outperformance of U.S. stocks vs. global equities, and signs of divergent dollar weakness, emphasize the risk of a greenback decline.”

Overall, McGlone views gold as an investment that can “benefit most portfolios,” especially via exchange-traded funds (ETFs), with total known ETF holdings rising 47% since the first rate hike.

“It may finally be time for gold,” stated BI’s outlook. “Precious metals are likely in a nascent bull market, with bottoming inflation and stock-market volatility and a peaking dollar. Unchanged from about five years ago, gold has remained stable despite powerful rallies in stocks and the greenback. Mean reversion supports the benchmark diversifier.”