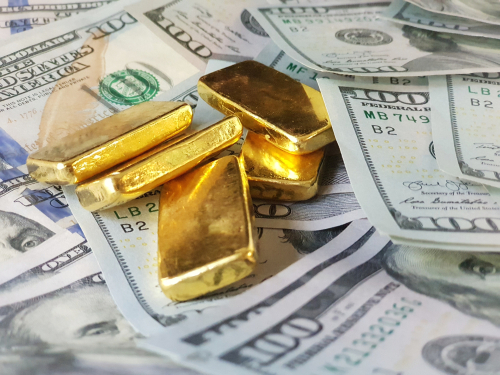 (Kitco News) - While all commodities are suffering under the boot heel of a surging U.S. dollar, one junior explorer CEO sees the potential for gold and silver to shine as the current environment is unsustainable.

Although precious metals are feeling the brunt of the U.S. dollar strength, base metals, with copper trading near a one-week low, are also feels the pressure.

In an interview with Kitco News, Thomas Smeenk, CEO of Broadway Gold Mining (TSX.V: BRD), said that the government can continue its game of printing fiat money for a while still but at some point there is going to be a shock to the system and investors will turn to commodities as a safe-haven asset.

“Deficit spending at some point is going to drive inflation higher and that will be reflected in commodity prices,” he said. “The strength we have seen in the U.S. dollar isn’t sustainable.”

Smeenk noted that mining companies continue to struggle in the face of a stronger U.S. dollar and general equities take focus from the mining sector. However, he added valuations in the mining sector are so low that at some point investors are going to take notice.

“At some point, we have to get back to fundamentals,” he said.

Although Broadway gold is a polymetallic project, Smeenk said that he sees copper prices struggling in the near-term as global economic worries weigh down demand. However, he added that this is the perfect environment for gold and silver.

He added that he also sees silver eventually outperforming gold. The gold-silver ratio is above 85 points, hitting a new multi-decade high is also unstainable.

“There is a lot of uncertainty in the world and silver and gold should be part of everyone’s portfolio,” he said.