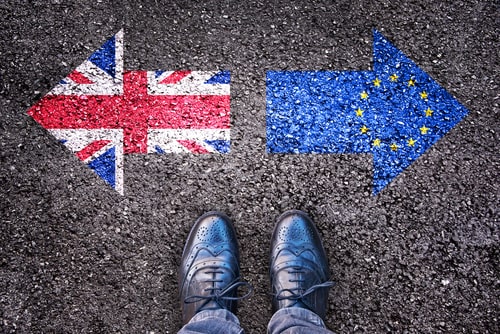 (Kitco News) - Brexit is making headlines again and the uncertainty on whether or not negotiations between UK and EU officials will lead to an agreement has kept the European economy on edge.

However, according to one key European official, regardless of the outcome, the continent needs to focus on maintaining its “Union,” which he says has continued to benefit the continent and its citizens.

Speaking at the Deutsche Bundesbank reception of Euro Finance Week on Tuesday, ECB vice president Luis de Guindos said that the uncertainty surrounding Brexit continues to be a “difficult matter.”

“[W]e do not know what kind of Brexit we will eventually have,” he said.

The euro moved higher early Wednesday, with EUR/USD pair last trading at $1.3024, up 0.12% on the day, as negotiations between UK and EU officials over Brexit continued to make headlines and the latest reports said they have allegedly agreed on a draft deal. In the meantime, the December Comex gold futures were last at $1,204.40, up 0.25% on the day.

But, it were not the day-to-day headlines that de Guindos focused his attention on, instead he chose to highlight the long-term implications Brexit – however it would turn out to be – would have on the financial sector.

European officials need to understand that the likelihood of London having a “reduced role” in the future means that the necessary adjustments must be made now, he said.

“Brexit means that the EU’s future relationship with the United Kingdom in financial services needs to be defined. We will need to balance reaping the benefits of financial integration with safeguarding financial stability,” he explained.

But, de Guindos really focused more on defending the European Union, which he says should be protected regardless of the outcome of Brexit.

“The Single Market…is this landscape of rules and institutions which provides the necessary protection for people and businesses to engage in cross-border activities,” he said. “Brexit underscores the need to move ahead with securing all facets and institutional foundations of our Union. A Union which has led to peace on the Continent. A Union which has provided great benefits for the people of Europe… But this great European project has to do more than just reflect on its past achievements. It needs to continue improving itself to deliver visible benefits for people’s day-to-day lives.”