Bitcoin Plummets To Lowest Level In Over A Year, Trades Below $6,000 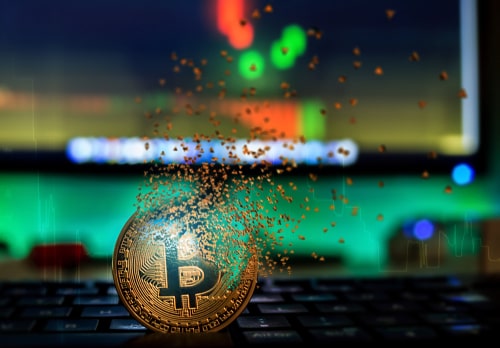 Bitcoin prices tumbled below the key support level of $6,000, hitting the lowest level in more than a year following an almost volatility-free three months.

The popular digital currency was last trading at $5,850.10, down 9.43% on the day, according to Kitco’s aggregated charts.

The drop came after a very calm period between August and October, which is unusual for bitcoin — known for its volatile price action.

The decline on Wednesday was swift, with the majority of the losses posted within a 30-minute window. Other cryptocurrencies also saw declines, including ethereum, litecoin and XRP.

The lowest level bitcoin touched on Wednesday was $5,322, the level last seen just over a year ago, prior to the digital currency’s astronomical rise to nearly $20,000 in the beginning of December. 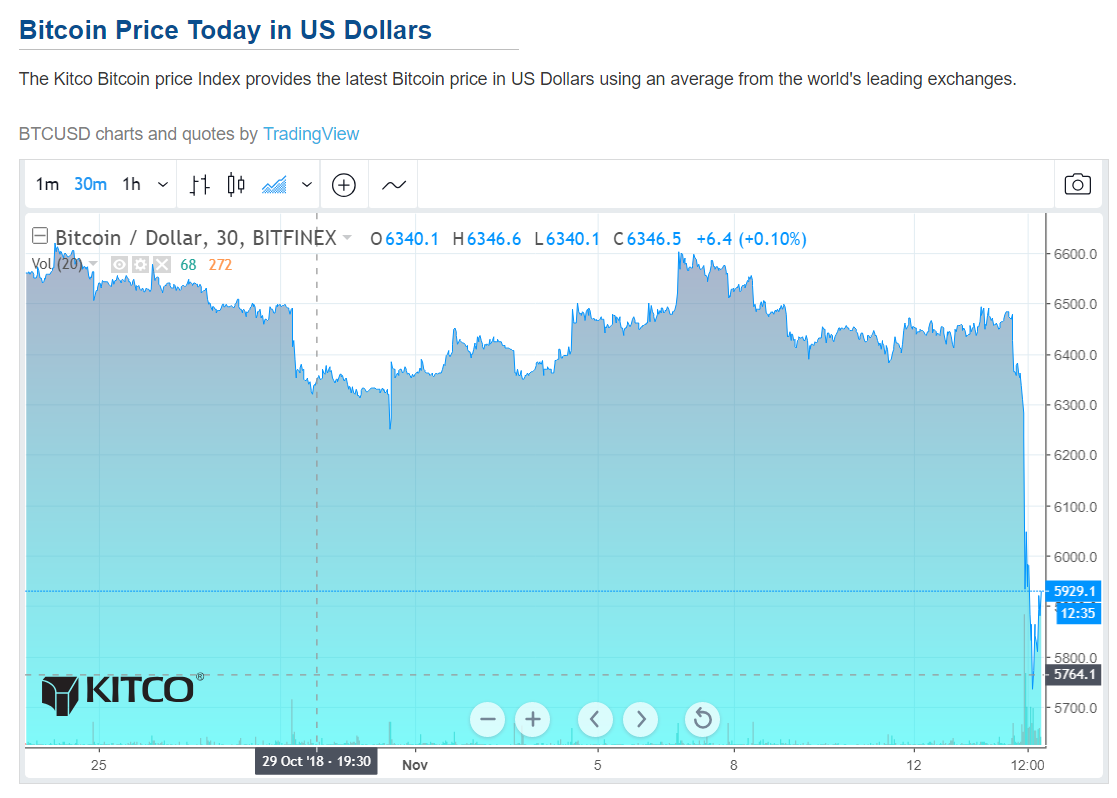 One of the reasons behind the price drop was likely the uncertainty surrounding an upcoming “hard fork” of bitcoin cash, scheduled for November 15, according to analysts. The fork will see bitcoin cash split into “Bitcoin ABC” or core Bitcoin Cash and “Bitcoin SV” or “Satoshi's Vision.”

“The market is trying to find the bottom,” Alphabit Fund partner Michael Terpin told Bloomberg. “People who are chartists look at historical patterns, and they note there’s one last final capitulation drop to get the last people fleeing out of the market.”

In the end of the summer, Bloomberg Intelligence analyst Mike McGlone said the bitcoin could fall as low as $4,000.

“Bitcoin is in dump mode, following the pump run-up on the potential for a U.S. ETF,” McGlone said in August. “It may not subside until revisiting good support near $4,000 -- last year’s mean.”