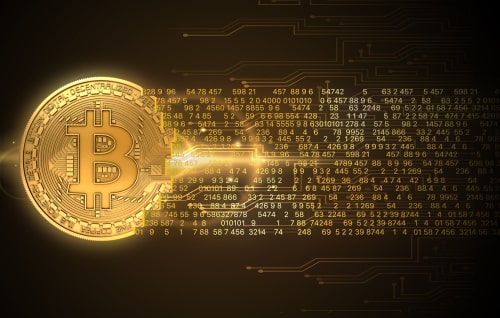 The conditions of the poll remained the same as last year: “A wealthy person gifts you $10,000. You get to choose in which form you’ll accept the gift.”

The catch was — “You must keep the gift in the form that you choose for 10 years without touching it.”

Paul’s Twitter followers had to choose between the Federal Reserve Notes, gold, bitcoin, and the U.S. 10-Year Treasury bonds.

Out of the 94,894 votes cast over the weekend, the clear favorite was once again bitcoin, as 50% of the respondents chose the cryptocurrency over the other options, revealing how resilient they are in light of extreme price volatility this past year.

A wealthy person gifts you $10,000. You get to choose in which form you’ll accept the gift. But there’s a catch: You must keep the gift in the form that you choose for 10 years without touching it. In which form would you accept the gift?

Last year, bitcoin surprised the market by first surging to nearly $20,000 in December and then dropping around 50% of that value in just a couple of months.

Now, following a few months on little price action, volatility is back, with bitcoin hitting a fresh 13-month low of $4,855 on Monday and last trading at $4,944.90, up 0.49% on the day, according to Kitco’s aggregated charts.

Gold was in the second place this year, with 37% of Paul’s Twitter followers saying that they would prefer the gift in the form of the yellow metal.

The U.S. 10-Year Treasury bonds, with 11% of the vote, were in the third place, and the last spot was occupied by the Federal Reserve Notes, with just 2%.

Below are a few comments people gave when participating in the poll:

gold. Here’s why:
1 Federal Reserve Note- increasing national debt is unsustainable, if country goes bankrupt / collapses, it’s not worth the paper it’s on.
2 Gold- precious metals have are the most stable.
3 Bitcoin- 12k drop in value, enough said.
4 US treasury bond- See 1

I've been growing more fond of the concepts of crypto for years, but its very threat to government control is, in and of itself, a threat to crypto's very existence. So give me the bars~

Agree hype cycle set of by the halving event which in 10 years we will be on the verge of the 3rd since the 10 yr gift. Should be between 500k-1m. If you don’t think btc has use case you are not familiar with financial markets and the products being developed for btc. Game over

When speaking to Kitco News last year, Paul said he was “surprised” by the results.

“It was information for me to tell me what my viewers are thinking…[And I] was surprised that many people would stash away [in bitcoin],” Paul said.

Paul is a well-known critic of the Federal Reserve and an advocate of holding gold, who had previously campaigned to audit the central bank and return to a gold standard.