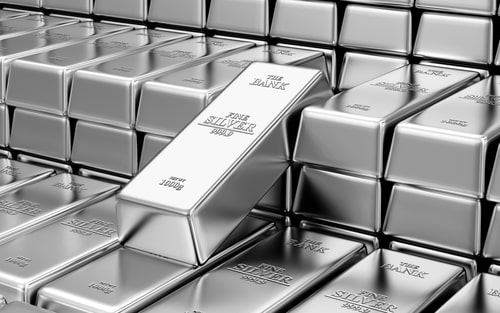 (Kitco News) - Next year will be a turnaround year for silver, with prices expected to rally to $17 per ounce by the end of 2019 on higher investor demand and an unexpected end to the U.S. monetary policy tightening, according to Capital Economics.

“Looking ahead, we think that 2019 will mark a turnaround for the silver price,” Capital Economics senior commodities economist Ross Strachan said on Wednesday. “We expect the price of silver to rise to $17 per ounce by end-2019.”

Strachan highlighted that silver is seeing its first significant surplus since 2010 this year, citing The Silver Institute estimates compiled by the GFMS team at Refinitiv.

“The data … indicate that the surplus in the silver market will reach an eight-year high of 35 million ounces this year, after a balanced market in 2017,” he said.

But, this year’s surplus is a temporary phenomenon, added Strachan, who cited weak investor demand, increased mine production, and slowing photovoltaic demand as the three main reasons behind the surplus.

“This will rebound next year, causing the surplus to dwindle and silver prices to rally,” he noted. 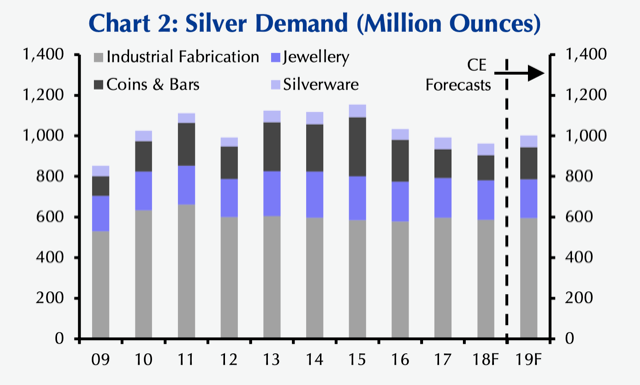 Capital Economics forecasts that investor demand for bars and coins, which is looking to hit a nine-year low this year, is due for a bounce back.

“We are estimating ETF demand to be in the order of 100 million ounces and bar & coin demand to be sparked back into life. We would also anticipate a rise in investors’ futures positions towards this year’s peaks,” Strachan wrote. 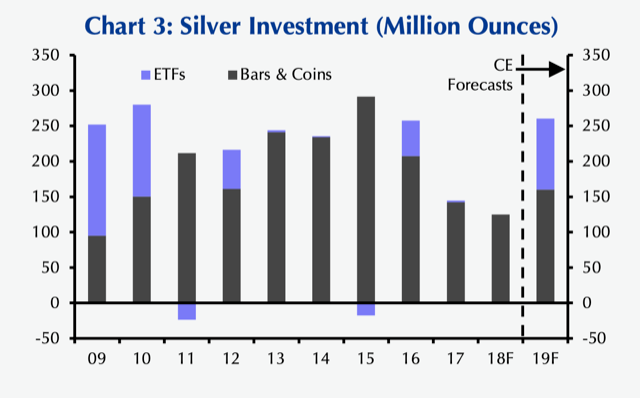 The economist also projects an unexpected end to the U.S. monetary policy tightening next year, which would likely weaken equity prices and bond yields, triggering a reallocation of assets into safe-havens, such as silver.

“With its typically high beta, we are forecasting that the silver price will rise by more than gold,” Strachan pointed out.

On top of that, there will also likely be an additional boost coming from higher usage of silver in electrification of autos, Strachan added.