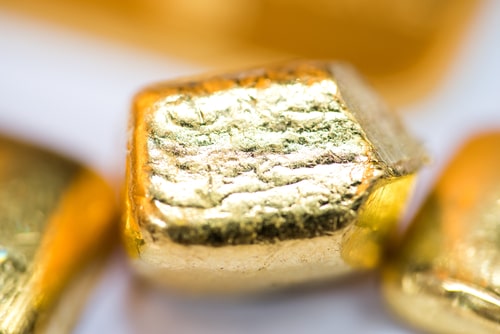 (Kitco News) - Gold managed to hold on to most of its previous gains, with markets largely ignoring the European Central Bank’s (ECB) meeting minutes and instead focusing on Italy’s decision to resist EU’s budget pressure.

With the U.S. financial markets closed on Thursday due to Thanksgiving, one of the biggest market movers was Italy’s decision not to revise its 2019 proposed budget, which the European Commission rejected over excessive spending.

“We will not take a backward step,” Italy’s Deputy Prime Minister Matteo Salvini told state-owned television Rai. “We’re not spending this money at random. The idea is for Italy to grow.”

Following the European Commission’s rejection of the budget, the rest of the eurozone countries will have a chance to examine the budget. If they agree with the Commission’s decision, Italy could be facing fines.

"It is an evolving situation … and any kind of negative news flow out of Italy is positive for gold,” Lawler said.

Another big event on Thursday was the release of the ECB meeting minutes from October, which showed that European policymakers remained confident in their plan to roll back monetary policy stimulus despite growing risks to the economy.

During the October meeting, the ECB left interest rates unchanged, reaffirming its plan to end its monthly asset purchases at the end of the year.

“The minutes emphasized that the weakness of available monthly data was partly down to temporary disruption to car production. The underlying path of growth was deemed ‘consistent with gradually rising inflation’,” McKeown wrote on Thursday.

In terms of the situation in Italy, the ECB is unlikely to respond, with the October minutes stating that the impact of the budget crisis “had so far remained limited,” McKeown pointed out.

“The EC’s [European Commission’s] rejection of Italy’s 2019 Budget since then is unlikely to have changed the ECB’s stance since Italian bond yields have actually edged down since its last meeting, she said. “If conditions in Italy deteriorate, any near-term response from the ECB is most likely to come through liquidity provision for the banks and the QE programme seems unlikely to be extended.”

With the monthly asset purchases ending in December, Capital Economics said it sees the first ECB rate hike as soon as September. McKeown also warned that the central bank’s rate hike path could be “steeper” than markets are anticipating at the moment.

Another driver supporting gold prices on Thursday was the U.S. dollar, which was unable to find a bid, with the dollar index last trading at 96.48, down 0.24% on the day, according to Lawler.

Part of the dollar weakness is market’s fear that the Federal Reserve could pause its policy tightening next year, Lawler added.

“The Fed is trying to pursue its path to normalization. But it is going to be sensitive. We think there will be two hikes this year, but this can drop to one. [One of the biggest risks to the Fed outlook] is if there’s a sell-off in equity markets, [which would] represent a tightening of financial conditions,” he said.

Overall, Lawler said he was positive in his short-term gold outlook, stating that he sees gold rallying into year-end.