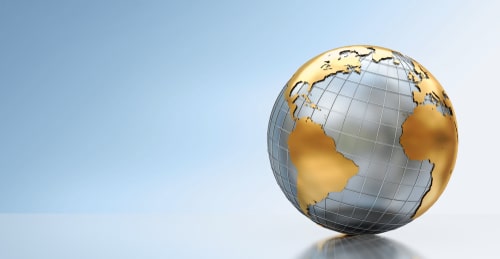 (Kitco News) - Higher gold prices and healthier company fundamentals during the next four years will trigger an increase in gold production, according to Fitch Solutions.

A rise to the $1,400 an ounce level is a significant increase from the current price levels gold is trading at. At the time of writing, the December Comex gold futures were trading at $1,221.90, down 0.04% on the day, slightly pressured by a solid rebound in the U.S. stock market on Monday.

Fitch Solutions pointed out that Russia will lead the way in gold production growth due to rising domestic demand and the amount of new projects scheduled to come online during the next four years, the report said.

There are 14 projects slated to start production between 2018 and 2022, including the Polyus Gold's Natalka project.

“We expect Russian gold production growth to accelerate in 2018 as domestic demand for the precious metal is buoyed by the prospect of further western sanctions on state-banks, which will respond by increasing their reserves of gold,” the report said.

In the meantime, the U.S. gold production will remain largely unchanged, rising to 8.6moz by 2027 from this year’s 8.0moz, with Newmont’s Twin Creeks expansion project playing a significant role.

China will keep the spot of the world’s top gold ore producer, but its average annual growth rate will only be at 0.2%, Fitch Solutions added, citing falling ore grades and new environmental guidelines.

“This represents a notable slowdown compared to average annual growth of 5.5% over the previous 10-year period,” the report said.