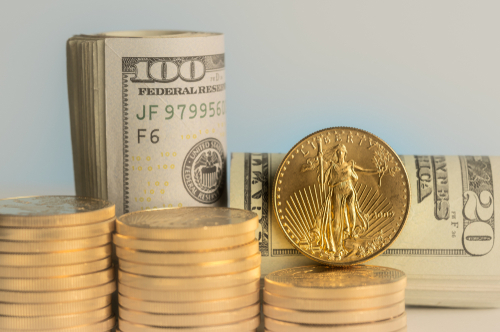 In a telephone interview with Kitco News, Bernard Dahdah, precious metals analyst at Natixis said that the bank is optimistic on the precious metals complex as uncertainty grips financial markets, limiting economic growth in 2019.

“The U.S. has pretty much reached full employment so the growth prospects for the country will start slowing down. We are still optimistic on growth but it looks like it has reached a peak,” he said. “That will be positive for gold next year.”

For 2019, the bank sees gold prices averaging the year at $1,275 an ounce, up more than 4% from current prices; December gold futures last traded at $1222.70 an ounce, relatively unchanged on the day.

Rising financial volatility and a weaker U.S. dollar will also continue to support gold prices, Dahdah said. He added  the stimulus effects of the 2018 tax cuts start to fade next year, it will be difficult for the U.S. equity markets to maintain their current valuations; at the same time, the bank also sees growing concern over how the country will pay for the 2018 fiscal stimulus measures.

“The tax cuts were short-term stimulus measures, but now we are starting to see the budget deficits widening quite a bit,” he said. “We expect that deficits will be in great focus next year, which will weigh on the U.S. dollar.”

In an environment of weaker economic growth, rising volatility and growing deficits, Dahdah said that it will be difficult for the Federal Reserve to tighten monetary policy too aggressively.

“Although the Federal Reserve will raise rates next year, we will reach the end of the cycle,” he said.

However, while the Federal Reserve looks to end its monetary policy tightening, other central banks, in particular, the European Central Bank is expected to embark on its tightening cycle. Dahdah explained that a narrow divergence in global central bank monetary policy next year will be a further weight on the U.S. dollar.

As optimistic as Natixis is on gold, the bank is even more bullish on silver seeing an average price of $16 an ounce next year and pushing as high as $18 an ounce. The bank’s 2019 average represents a gain of 12.5% from current prices.

Although gold and silver have been largely disconnected in 2018 as the gold-silver ratio has pushed to its highest level since 1993, Dahdah said that shifting fortunes in commodity markets will benefit both precious metals. He added that because silver is more volatile then gold it stands to benefit more.

The comments come as silver struggles to find momentum above critical support at $14 an ounce; December silver futures last traded at $14.225 an ounce.

“Although silver has significant industrial demand it is still a precious metal and eventually we see a pickup in investor demand,” he said. “Safe-haven demand will be a major driving factor for both gold and silver in 2019.”