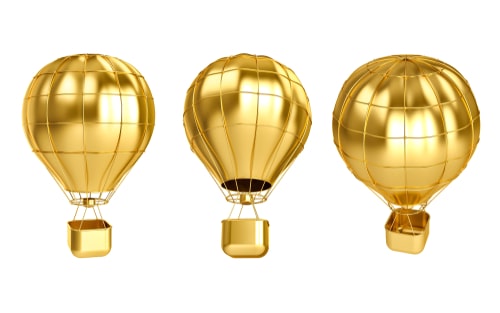 (Kitco News) - Even though the Federal Reserve Chairman Jerome Powell is sending dovish signals into the marketplace, gold is not ready to break out of its trading range just yet, according to TD Securities.

Markets will need to see either the U.S. dollar taking a step back or some macroeconomic data missing estimates before the yellow metal could significantly benefit and breach the highly elusive $1,300 an ounce level, TD Securities head of commodity strategy Bart Melek said on Wednesday.

“It is unlikely that the yellow metal will break out above the upper bound of its recent trading range ($1,180-1,245) just yet. The market will need to see actual economic data disappointments and a structural move lower in the greenback before gold is to reach our projected $1,300+ levels,” Melek wrote.

On Wednesday, Powell surprised the markets by delivering dovish remarks when speaking about the U.S. monetary policy at the Economic Club of New York.

During the speech, Powell pointed out that the current U.S. interest rates are just below “neutral” levels, adding that the Fed will remain data dependent and without a set path on future interest rate adjustments.

“Traders and investors interpreted Powell’s comments as meaning the Fed will likely raise interest rates slightly at its December meeting, but after that, all bets are off,” Kitco’s senior technical analyst Jim Wyckoff wrote following the speech. “Prior to Powell’s speech, the sense of the marketplace was that the Federal Reserve would continue on a gradual rate-hike course in 2019.”

TD Securities pointed out that Powell just added additional ambiguity to future rate hikes as all previous Fed statements hinted that the central bank had “a long way” to go until neutral levels were reached.

“This suggests that the USD will be knocked off its upward trajectory due to a flat yield curve, low rates relative to other G10 countries on a hedged basis, and as the Fed is likely to be less aggressive at a time when other central banks begin to really normalize their policies. The path of the USD is important, as it has been the key factor weighing on the yellow metal this year. EM currencies, which also hurt gold, should do better as well,” Melek said.

Gold saw an uptick immediately following Powell’s speech, with the December Comex gold futures rising from around the $1,214 level to $1,226 an ounce. The December futures were last trading at $1,221.60, down 0.16% on the day.

TD Securities sees gold prices averaging $1,225 an ounce in Q4 and then steadily rising to $1,325 by next year’s final quarter.

Earlier this week, U.S. President Donald Trump once again criticized Powell, saying that he is “not even a little bit happy with [his] selection of Jay,” the Washington Post quoted Trump as saying during an interview on Tuesday.

“Not even a little bit. And I’m not blaming anybody, but I’m just telling you I think that the Fed is way off-base with what they’re doing,” Trump said.

Trump has stated in the past that raising interest rates at the moment was dangerous for the U.S. economy.