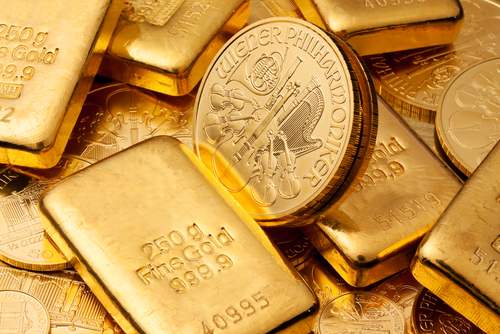 (Kitco News) - Although North Americans have cooled on precious metals and the mining sector, Europe remains an open and attractive marketplace, according to one mining executive.

“Europeans appear to know the value of gold and are open to investment ideas,” he said. “Toronto fund managers continue to liquidate their positions and appear to be disillusioned with the mining sector,” he said.

McEwen said that it is not surprising that Europeans have a higher affinity for gold because the region has experience one issue after another since the 2008 financial crisis. In particular, Europeans continues to deal with the ongoing problems surrounding the United Kingdom’s exit from the European Union to a renewed debt crisis in Italy.

“Europeans have been so much closer to crises that they understand gold’s role as a safe haven much better than North American investors,” said McEwen.

Along with being more active in the precious metals market, McEwen said that sentiment is also more positive in Europe compared to North American.

“The people I talked to in Zurich have been investing in gold for a long time and they feel that the market is at a turning point in the market,” he said. “They appear to be coming to the market a little earlier than North Americans.

McEwen now also has the data to back up his anecdotal observations. International Investment firm Legg Mason recently released the results of its annual Global Investment Survey.

In a country-by-country breakdown, Swiss investors are the most optimistic on gold with 29% surveyed seeing the asset as the best opportunity next year, unchanged from the previous year. Among German investors, 27% think gold will be the best investment next year, up from 24% reported last year.

U.K. investors, faced with a messy Brexit next year, are also more optimistic on gold with 25% of investors bullish on the yellow metal, compared to 22% last year.