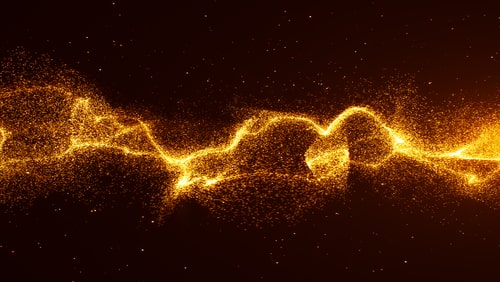 (Kitco News) - Heavy machinery and extreme heat are required to melt gold, but a group of scientists accidentally managed to melt gold at room temperature, making a new scientific breakthrough.

All scientists know that gold’s melting point is 1,064.18 degrees Celsius, which is why an international group of scientists from Sweden and Finland was surprised when a fragment of gold began to melt at room temperature while under a transmission electron microscope (TEM).

Ludvig de Knoop from the Chalmers University of Technology in Sweden said he was “stunned by the discovery,” adding that during the experiment he was trying to see how gold atoms behave under the highest magnification level of an electron microscope.

What de Knoop stumbled upon was that the top layers of the gold fragment melted at room temperature.

“This is an extraordinary phenomenon, and it gives us new, foundational knowledge of gold,” de Knoop said.

Following more experiments and analysis, the research team concluded that the high electric fields were the ones responsible for changing the gold atoms’ behavior and melting the metal.

The researchers said that atoms became excited after receiving a boost from the electric field, which led them to lose order and structure.

“The discovery of how gold atoms can lose their structure in this way is not just spectacular, but also groundbreaking scientifically,” said the study, published in the Physical Review Materials journal.

The breakthrough can help develop new types of transistors and sensors, co-author Eva Olsson from Chalmers said in a statement.

“Because we can control and change the properties of the surface atom layers, it opens doors to different kinds of applications,” she said.

But, this new method of melting gold will never work on large blocks, as the level of voltage needed for something like that “is not available,” de Knoop told the Digital Trends. De Knoop added that for now melting at room temperature can only be done with gold pieces that are not larger than a couple nanometers, which is basically one billionth of a meter.