Correcton:The U.S. Mint provided incorrect information on its website Monday morning, misstating the number of ounces sold in December. In an update of its sales data the U.S. Mint said that it sold 1.64 million one-ounce silver coins in November and 150,000 coins so far this month. The story has been corrected with the right information 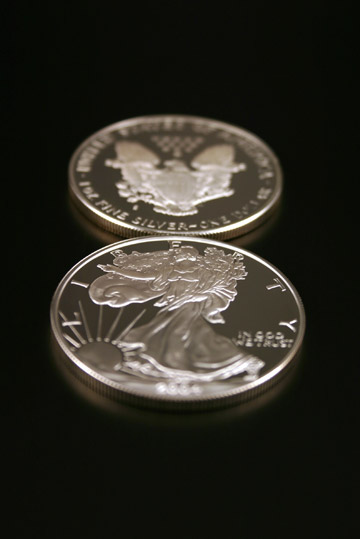 (Kitco News) - Excitement is building for physical silver as the U.S. Mint has saw strong demand for American Eagle Silver coins in November.

John Weyer, co-director of commercial hedging at Walsh Trading, said that the pickup in physical silver demand could reflect shifting sentiment in the marketplace. He added that a thawing in trade relation between China and the U.S. could be creating some optimism in commodity markets.

“Commodity markets, including silver have been in a holding pattern for the last six months because of all the global trade uncertainty,” he said. “After this weekend there is an idea among investors that negotiations are back on track, even if no concrete steps have been taken.”

Weyer added that because of the growing optimism in the marketplace, investors are starting to see value in silver, as the market has taken a significant beating through most of 2018. Currently silver is the best performing asset in the precious metals space. March silver futures last traded at $14.48 an ounce, up nearly 2% on the day.

Weyer said that it is difficult for investors to get excited about gold as the market remains fairly range-bound as prices test critical resistance. February gold futures last traded at $1,238.10 an ounce, up almost 1% on the day.

“Investors just don’t see any bargains in the marketplace right now,” he said. “I think we need to see a turn in Federal Reserve interest rate expectations for gold prices to break out of their current range.”

Bart Melek, head of commodity strategy at TD Securities, said that gold prices need to push much higher before investors feel comfortable jumping back into the physical market.