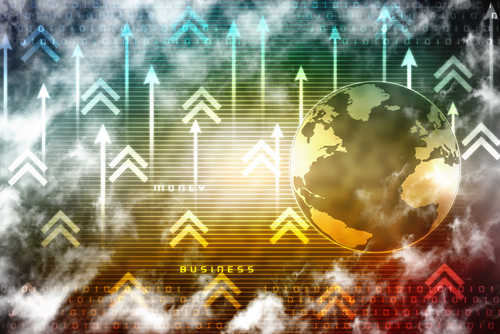 (Kitco News) - After nearing a five-month high on Friday, gold analysts are optimistic that this positive momentum will be carried through to next week as markets scour for hints as to the Federal Reserve’s future monetary policy outlook.

Gold prices had a great trading week, closing in the green on Friday after touching the highest level of $1,254.30 an ounce for the first time since July 17. The February Comex gold futures were last trading at $1,254.20, up 0.85% on the day.

Looking at the positive trading action, analysts are now hoping that gold’s price gains stick around next week.

“Gold can stay fairly strong next week,” TD Securities commodity strategist Ryan McKay told Kitco News on Friday. “We are at the top of the trading range here, gold might revert a bit lower, but not much.”

Aside from the U.S. dollar and equities, McKay also highlighted the chatter around the future of Fed rate hikes as the top drivers of gold next week.

McKay pointed to The Wall Street Journal’s report from Thursday, which stated that central bank officials may revert to a “wait-and-see” approach after proceeding with another rate increase this month.

“Under the evolving “data dependent” strategy, the Fed could step back from the predictable path of quarterly hikes it has been on for most of the past two years, raising the possibility it might delay rate increases at some upcoming meetings, according to recent interviews and statements,” The Wall Street Journal reported.

When projecting prices for next week, London Capital Group (LCG) head of research Jasper Lawler told Kitco News that it was “for once a happy call to make.”

“We’ve seen some sort of recession indicators this week. With inverting yield curve, gold is a haven and should do well in that environment,” Lawler said.

Next week, markets are likely to continue digesting the soft U.S. employment figures, which showed that the economy only added 155,000 new positions versus the expected 200,000, LCG’s head of research added.

Overall, however, the November data are unlikely to impact the Fed’s outlook on the U.S. economy, Capital Economics U.S. economist Andrew Hunter pointed out.

“The headline number was a bit weaker than most have been expecting, but generally it still points to an economy that is in a fairly healthy shape … There are no signs yet of severe slowdown. The unemployment rate is still at a 49-year low of 3.7%,” Hunter said on Friday.

Hunter is currently pricing in a December hike and then two more rate hikes next year in March and June.

“The actual Fed rate hike decision has already been baked in, but it is all about the language. And based on recent commentary, the Fed turned a bit more cautious. So, we are looking for some of the language to add credence to that at the upcoming meeting on December 19. There is going to be a press conference, so the Fed Chair Powell has an opportunity to explain his thought processes,” Lawler said.

What the market might end up getting from Powell is that 2019 will not be such a straightforward roadmap as 2018 was, Lawler noted. “There could be a pause or two in 2019, data-depended, which can be not so good for the dollar and good for gold,” he said.

Another development worth watching for gold investors next week is the UK Parliament vote on Brexit this coming Tuesday.

If the Prime Minister Theresa May’s plan to leave the EU is rejected by British lawmakers, it could mean more political chaos, Lawler said.

“In 2016, Brexit helped gold. And if this deal with the EU is voted down in the UK, that does open up all sorts of political uncertainty and we might see UK investors move into gold as a safe-haven,” he explained.

On top of that, there is the European Central Bank (ECB) meeting on Thursday. But, according to Lawler, the impact of that meeting has already been priced in.

“The ECB is supposed to be winding down its asset purchases. That is pretty well baked in,” he said, adding that any movement in the currency will be more of a reflection of what the Fed is doing.

2019 will be a great year for gold and palladium, according to Bill Baruch, president of @BlueLineFutures https://t.co/KzwF7FG60d@DanielaCambone pic.twitter.com/FtYEZZdBKn

Major macroeconomic data scheduled for next week include U.S. inflation and retail figures from November.

For November CPI, the main story will likely be a drop in the headline inflation, Hunter from Capital Economics said.

“We are forecasting it to fall to 2.2% from 2.5%, but that’s mainly due to recent falling gasoline prices. We think core inflation was unchanged in November, so it won’t have much impact on the Fed,” he noted.

“Similarly, the retail sales headline number might be a bit weak in nominal terms because of weaker spending on gasoline, but we think that underlying sales probably will continue to expand at a solid pace,” Hunter added.

Technical analysis seems to favor an advance in gold prices next week, according to analysts who are looking for gold to break out of the current trading range.

“Looking for gold to go up as far as $1,285 in the not too distant future because we have been stuttering for a while and this might provide the momentum that we need,” LCG’s Lawler said.