Gold Rally To Accelerate Into Year-End: 'The Worst Is Behind Us' - Analyst 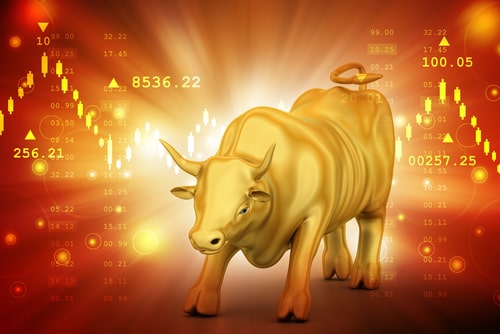 (Kitco News) - Gold prices have been on a winning streak this December, with more gains to come, according to one long-standing gold bull.

“The rally in gold prices has intensified since the start of December, in line with my conjectures,” Metal Bulletin precious metals analyst Boris Mikanikrezai wrote in a Seeking Alpha post on Tuesday. “The worst could be behind us.”

The expectations surrounding the Federal Reserve played a big role in the most recent uptick and will likely continue to support gold prices in the near-term.

“The dovish turn operated by the Fed at the end of November is set to result in further downward pressure on the dollar and U.S. real rates and therefore, boost further monetary demand for gold … resulting in a strong finish to the year,” Mikanikrezai said.

The Fed rhetoric has tuned less hawkish as of late, with Chairman Jerome Powell stating that the central bank’s monetary policy is approaching a neutral zone and that all future decisions will be data-depended.

On top of that, there was a report published by The Wall Street Journal last week, arguing that central bank officials may revert to a “wait-and-see” approach after proceeding with another rate increase this month.

“Under the evolving “data dependent” strategy, the Fed could step back from the predictable path of quarterly hikes it has been on for most of the past two years, raising the possibility it might delay rate increases at some upcoming meetings, according to recent interviews and statements,” The Wall Street Journal reported.

2019 could see renewed strength for gold on the back of a weaker dollar and more dovish Fed - Peter Hughttps://t.co/qCLfwZRL0V@DanielaCambone #gold #Fed #dollar #silver #economy pic.twitter.com/zpqFnM5f6x

What this means for gold is a more favorable macro environment, said Mikanikrezai.

“The U.S. dollar and U.S. real rates [are] under downward pressure,” he said. “[This has] resulted in a significant increase in monetary demand for the yellow metal, evident in significant speculative buying and a pick-up in ETF inflows … I continue to believe that gold will enjoy a strong finish to the year.”

Higher gold prices will also be accompanied by higher demand, added the analyst, which will likely be reflected through strong gold ETF inflows.

“Investors [are] becom[ing] increasingly cognizant of late cycle concerns in the U.S. economy after the notable de-rating in U.S. equities this year. As such, I believe that investors will rebalance their portfolios and positioned themselves more defensively, resulting in stronger haven demand,” said Mikanikrezai.