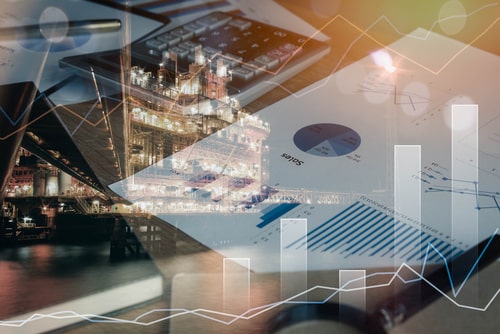 (Kitco News) - Gold prices edged up after the index for current general activity in the Philadelphia Federal Reserve’s manufacturing business outlook survey dropped to 9.4 – the lowest level since August 2016.

The consensus expectations compiled by news organizations were expecting a reading of somewhere around 15.6.

Gold prices ticked up following the release of the data, with February Comex gold last trading at $1,260.10, up 0.29% on the day. Prior to the publication, February gold was around the same level, keeping majority of the overnight gains following a drop in the U.S. dollar index.

“Traders and investors deemed the Fed’s new stance as more dovish than previously, but not dovish enough to stave off what many believe is an impending global economic slowdown. The gold market did not see a big reaction to the Fed news Thursday, but an overall easier U.S. monetary policy is supportive for the metals markets,” Wyckoff said.

The Philadelphia Fed said that general activity indicators were mixed in December.

“The general activity and shipments indicators fell from their readings last month, while the indicators for new orders and employment increased. The firms remained generally optimistic about future growth,” the Philadelphia Fed report said.