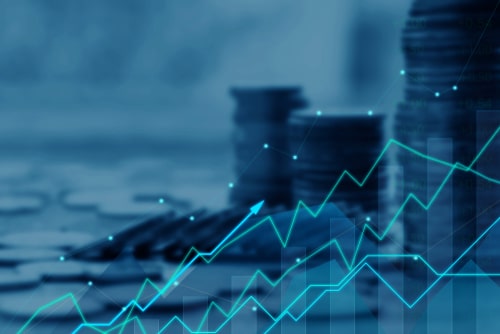 (Kitco News) - After hitting a fresh five-month high, gold is likely to pause while enjoying its recent gains during next week’s thin holiday trading, according to analysts.

The top three drivers for gold this week have been the Federal Reserve, weaker U.S. dollar, and volatile equity markets, which pushed the precious metal to a high of $1,269.60 — the highest level since July. The February Comex gold futures last traded at $1,261.70, down 0.49% on the day, but up 1.65% on the week.

The Federal Reserve announced on Wednesday that it is hiking interest rate by another 25 basis points to a range of 2.25% to 2.50%.

But, the biggest news from the Fed was fewer rate hikes projected for next year due to financial market volatility and slowing global growth.

This is a supportive backdrop for gold, stated Mitsubishi analyst Jonathan Butler.

“It’s going to be quite interesting now that we appear to be going to the top of the rate hike cycle. Fed is downgrading its expectation of aggressive rate hikes and markets have been telling us that for a long time now. If inflation stalls next year, there would be less impetus for the Fed to raise rates much further as not to cut the GDP growth,” Butler said.

The U.S. equity market has also provided the needed support for gold. Equities had a rough week, with the S&P 500 wiping out all of this year’s gains and looking to close lower on the year, added Butler. “If that correction continues, it means more volatility for gold,” he said.

Another significant new driver for the yellow metal next week could be a looming partial U.S. federal government shutdown. In order to avoid it, Congress will need to pass a continuing resolution by 12:01 AM ET on Saturday, December 22.

“That is looking increasingly unlikely after President Trump announced he would not sign the bipartisan CR passed by the Senate, and the House took up a bill with Republican-only support. Trump has threatened a ‘very long; shutdown if Democrats do not back funding for a border wall. As of the time of publication, we see around an 80% chance of a partial government shutdown,” strategists at TD Securities wrote in a note on Friday.

The impact of a possible government shutdown on markets will be determined by its length, the strategists added.

“Historically, government shutdowns have had limited impacts upon the economy and markets, but that depends on their length,” they said. “The recent equity sell-off suggests markets fear this could be a dress rehearsal for more difficult fiscal matters down the road, including raising the debt ceiling and avoiding a fiscal cliff.”

Market overreaction to the news is not being ruled out, as the government shutdown could occur right at the year-end, according to BBH Global Currency Strategy.

“Going into thin year-end markets that are already nervous about a multitude of risks, it seems a given that a shutdown will roil markets more than usual,” BBH said in a note to clients on Friday.

Analysts see the week leading up to Christmas and New Years as one with thin trading activity and little liquidity, which can increase volatility in gold.

“We are going to be range-bound next week. Gold has a pretty firm ceiling at this point. It hasn’t breached the $1,260-65 level in any meaningful way for some time. And it is tough this time of year, as there’s little liquidity and things can get carried away. Gold is likely to trade in a narrow range,” Melek said.

Lack of trading activity could also lead to more caution, said Butler. “When we have a thin trading period like next week’s, there’s less liquidity in the market, it tends to be more volatile both on the upside and downside. Might see a bit more caution in the gold market.”

The more critical macroeconomic reports scheduled for next week include U.S. Home Sales, U.S. House Price Index, and U.S. Jobless Claims — all set to be released on Thursday.

Butler, on the other hand, is seeing gold moving a bit higher from the current levels of around $1,260 while adding that a big surge is not likely. “We could go a bit higher from here, but a chance of a strong year-end rally might fade,” he said.

Gold has the potential to shine in 2019, Butler pointed out. “There’s a lot of macroeconomic headwinds in 2019 that traditionally gold thrives on historically,” he said.

For Wyckoff, the technical picture looks bullish at the moment: “The technical posture for the gold market continues to get more bullish, which suggests more chart-based buying heading into the end of the year. Gold market bulls’ next upside technical target is the $1,285 area.”

The next critical level to watch on the upside for Otunuga is $1,272. “Gold has the potential to shine into 2019 if bulls are able to secure a yearly close above $1,260,” Otunuga said.

Other analysts said that gold’s rally this week cleared the path for prices to rise to $1,300 an ounce. “I believe gold will rise to $1,280 next week,” said Richard Baker, editor of the Eureka Miner Report.