(Kitco News) - The U.S. saw very weak coin sales for the second year in a row in 2018 despite lower gold and silver prices, according to the latest data released by the U.S. Mint. 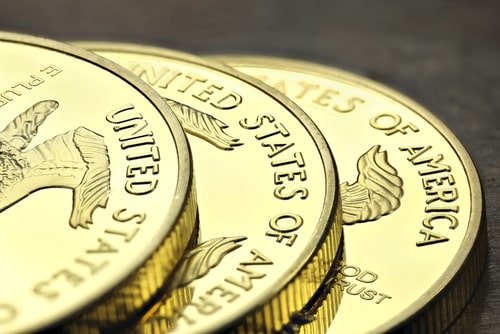 The sales of American Eagle gold and silver coins were the lowest since 2007, while American Buffalo coins saw a modest recovery from the worst year on record.

Weak results were partly due to lack of interest in the market, Metals Focus said while noting that the price drops in gold and silver were not big enough to spur demand.

Gold prices kicked off 2018 on a positive note, with futures nearing $1,400 an ounce back in January and hitting a yearly high of around $1,385. But, a few months later, the yellow metal began a prolonged decline, dropping around 14% from its peak.

Metals Focus also pointed out that the election of U.S. President Donald Trump has tampered with demand as well.

“Prior to this, [former President] Obama had targeted greater gun control. The threat that firearms would be confiscated encouraged a sense of siege mentality among some sections of the U.S. public, to the benefit of gun and coin sales. In contrast, Trump’s more favorable stance towards U.S. gun ownership has resulted in weaker firearm sales and, with it, falling precious metals demand from these consumers,” Metals Focus said.

The global bar and coin demand, however, is not looking as gloomy as the U.S. sales, according to the World Gold Council (WGC).

Bar and coin demand surged 28% on an annual basis in Q3, rising to 298.1 tonnes, with growth reported in most markets, WGC said in its Gold Demand Trends report.

Just like last year, the $1,300-an-ounce price target will remain the metal’s key psychological level to breach in the short-term, according to analysts.

For the yellow metal to surge much further beyond the $1,300 level next year, the market will have to see a “holy trinity” of catalysts come together — weaker U.S. dollar, lower U.S. inflation-adjusted real yields, and volatility in the equity space, Pepperston head of research Chris Weston told Kitco News in December.

“If we get that, gold is going to have a very nice place to be in 2019,” he said, describing gold is “the-best-of-the-rest” type of investment. “There’s nothing that really stands out as your go-to safe-haven place. And that suggests that gold could do well.”