(Kitco News) - Another bullish outlook for gold prices in 2019 comes from Goldmoney, which sees unwinding of the U.S. dollar, continuing trade war with China, economic uncertainty and the demand-supply ratio as working in favor of gold this year. 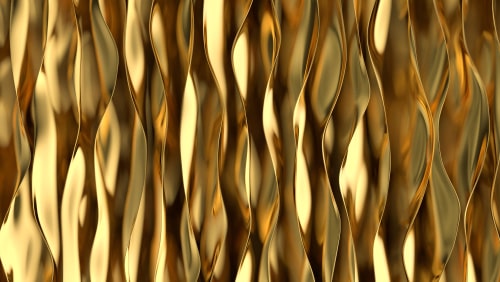 “The world is awash with dollars at a time when markets act as if there is a shortage. When the truth emerges, the dollar has the potential to fall substantially against other currencies, leading to a rise in the price of gold,” wrote Goldmoney head of research Alasdair Macleod in the company’s gold outlook published in December.

The strength of the U.S dollar has been one of the primary drivers suppressing gold prices in 2018, which is why the greenback will also play a significant role this year as the trend reverses.

“The great dollar unwind is now overhanging markets … The move towards gold and against the dollar in Asia accelerated in 2018, with Russia having replaced the dollar with gold as its principal reserve currency. China has laid the foundation with an oil-yuan futures contract, which can be a bridge to yuan-gold contracts in both Hong Kong and Dubai. This is a direct challenge to the dollar as a reserve currency,” Macleod noted.

Geopolitical drivers are also here to stay, with the forefront issue being the U.S.-China trade war negotiations.

Goldmoney sees the U.S. not backing down in 2019, stating that its goal is to “stop China from evolving into a serious technological competitor” rather than to respond to “unfair trade practices.”

“Fighting tariffs with more tariffs is a policy that will achieve nothing and damage China’s own economy,” Macleod pointed out. “It therefore becomes a matter of time when, and not if, China deploys financial weapons of its own.”

In response to increased tariffs, China is most likely to target American dependence on Chinese maintenance of U.S. Government debt, according to the outlook.

“In 2019, there is a strong possibility the tariff war will escalate into a wider conflict, with China selling down its exposure to the dollar and U.S. Treasury debt. That would create significant difficulties for the U.S. Government and the dollar itself,” Macleod wrote.

Another major supportive factor in 2019 is the expected slowdown of the global economy, Goldmoney said.

“The global economy appears to be at or close to the end of its expansionary phase, and is heading for recession, or worse,” the outlook stated. “With the credit cycle turning and the addition of American tariffs, markets are at a growing risk of replicating the 1929-32 crash and the economic depression that followed.”

The final part of the equation, creating “a perfect storm” for gold in 2019 is the demand-supply ratio, with demand for the physical metal projected to exceed mine supply, added Macleod, noting increased interest from central banks around the world.

“Central banks are accumulating bullion, adding 425 tonnes in the year to September 2018. Chinese private sector demand continues at a steady pace, which measured by withdrawals from the Shanghai Gold Exchange, is running at a 1,900-tonne annualized rate. India’s total gold imports were 919 tonnes in the year to end-September (according to the World Gold Council), so adding identified central bank demand to private sector demand from India and China, these three sources account for 3,344 tonnes annually, which is the same as global mine supply,” he said.

On top of that, there are mine supply restrictions to consider as well, such as China limiting its gold exports, the outlook said. “A brief analysis of the availability of physical supply points to acute shortages on any expansion of demand,” Macleod explained.