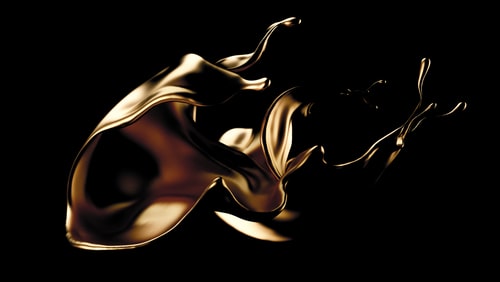 (Kitco News) - After entering into overbought territory this past week and briefly hitting the $1,300 level, gold prices retreated, with analysts not ruling out another attack on the key psychological level in the near term.

Gold prices pushed to a fresh six-month high overnight, with the February Comex gold futures reaching slightly above the $1,300 level. But, normal profit-taking and a strong U.S. employment report took a toll on Friday, with prices retreating from its highs. The February futures were last trading at $1,285.90, down 0.69% on the day.

“Gold had a very good run towards $1,300 this week. But, then we had an absolutely out-of-the-park nonfarm payrolls number out of the U.S., which shows the underlying strength in U.S. economy, an economy that is very close to full employment,” Mitsubishi analyst Jonathan Butler told Kitco News on Friday.

The latest U.S. employment report showed 312,000 jobs were created in December, beating the consensus of 176,000. The unemployment rate ticked higher to 3.9% and the average hourly earnings increased by 11 cents or 0.4%.

“The payroll number came in quite strong. We have good metrics here, broad-based strength, including wages. That suggests that the Federal Reserve won’t change its narrative on higher rates,” said TD Securities head of global strategy Bart Melek.

Gold’s move down on Friday was largely expected and most likely temporary, according to analysts, who see gold possibly staging another attempt to cross the critical $1,300 resistance level very soon.

“Technicals remain bullish on a near-term basis, which means the path of least resistance for prices will remain sideways to higher,” said Kitco’s senior technical analyst Jim Wyckoff. “I look for the $1,300.00 level to be surpassed again in the near term, possibly as soon as next week.”

“We saw that run-up from the middle of December, which was very much a story of risk hedging, of uncertainty in financial markets, particularly equities. There was also a great deal of uncertainty over U.S.-China trade, and of course the usual mixer of geopolitical tension in the eurozone regarding Brexit,” Butler said. “We can see another assault on $1,300 sooner or later, which will probably be accompanied by some negative economic news.”

If gold establishes a solid base above the $1,300 level, it could mean a great year for the yellow metal, added Butler.

“Heavy volatility in stocks, Brexit worries, politics in the U.S. and global slowing fears all contributed to gold’s better performance during the last three weeks. If we see inflationary winds next year with continued benign interest rates in spite of Fed hikes gold may soon be over $1,300 and attract more asset allocators,” Gero said.

The big item on the agenda next week is the meeting between the U.S. and Chinese officials early next week to resolve trade tensions.

U.S. President Donald Trump and Chinese President Xi Jinping had agreed on December 1 to stop the rollout of any new tariffs for 90 days while they try to work out a permanent deal.

“There’s trade talks scheduled for Monday, Tuesday next week, so there’s a bit of optimism that could come from a hopefully positive conclusion,” said ING Commodities strategist Warren Patterson. “But, it is unlikely that we will get a final conclusion from trade talks on Tuesday. So the impact of the trade war will continue to linger for some time.”

If there is no solution found in the next few months, economic implications could be massive, which will be supportive for gold, said Butler.

“There are around about 50% of Chinese exports that are subject to tariffs. If that will be extended further, what will it mean for the Chinese economy? If China starts to see a real struggle in economic terms, that has the potential to spill over to other emerging markets and potentially to the rest of global economy,” Butler said.

Also, the general outlook for a potential global slowdown and increased volatility in the equity markets works in favor of gold, analysts added.

“Key will be price action in the U.S. dollar, U.S. stock market, and crude oil prices. Solid gains in the greenback and U.S. equities next week would be bearish for the precious metals. However, more gains in oil would benefit the metals bulls,” Wyckoff said.

On top of that, there’s the already two-week-old partial government shutdown in the U.S., which is important to monitor even though its impact on gold prices is likely to be minimal.

“We got the new Congress having taken office and that’s taking place amidst the U.S. government shutdown, which could potentially run a while longer. That doesn’t necessarily support gold. Tends to a be a very short-lived thing,” Butler said.

One major issue with the government shutdown is the availability of market data, Patterson pointed out. “CFTC stopped publishing its Commitment of Traders report, so it is getting more difficult to see how market participants are positioned,” he said.

Another risk on the horizon is Brexit, which could create additional uncertainty and benefit gold in sterling terms, according to Butler.

“Looking towards the end of March — Brexit day. It is a hard deadline and it is still far from clear what the UK government’s eventual result will be in terms of getting a trade agreement with the EU or not. If we do not, it could be disrupting for the UK and European economy. That could lead to more risk-risk-healing in gold and gold in sterling terms might start to look quite attractive,” he said.

The most significant macro release next week will be the U.S. inflation data, with December’s CPI scheduled to be out on Friday.

The Bank of Canada (BoC) will be making an interest rate announcement as well, with its key interest rate expected to remain on hold at 1.75%.

Technical Levels To Keep An Eye On

On the upside, $1,300 is a “decent level,” Butler noted. “It is a psychological level and it doesn’t coincide with anything meaningful from a technical point of view. The $1,316-17 is also interesting as it is the first Fibonacci retracement of last year’s high to low.”

Melek does not see gold dropping below the $1,270 level in the near-term, pointing to “a fairly robust support at this point.”

“Technically, the gold bulls have the firm overall near-term technical advantage. Prices are in a six-week-old uptrend on the daily bar chart,” he said.