Napoleon's Lost Gold: Russian Historian Claims He Knows Where The Treasure Is Hidden 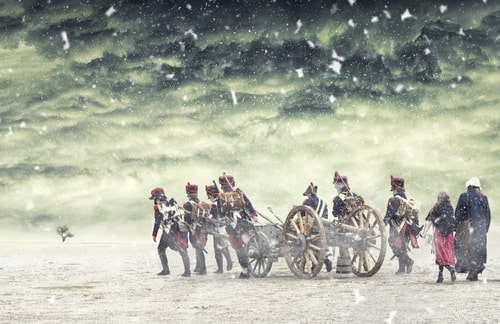 (Kitco News) - Treasure hunters have been looking at the wrong place for the French Emperor Napoleon Bonaparte’s stolen treasure for the past 200 years, which was stashed somewhere in Russia during the leader’s retreat from Moscow in 1812.

Historian Viacheslav Ryzhkov is claiming that all search efforts should focus on the town of Rudnya, which is located near the border with Belarus, instead of concentrating on Lake Semlevo in Smolensk Region, which is about a three-hour drive west.

Ryzhkov made the revelations in a letter sent to the local Rabochy Put newspaper.

The rumors that the treasure — 80 tonnes of gold and other valuables looted from Moscow — have been hidden by Napoleon in the Lake Semlevo were first confirmed by Philippe de Ségur, a member of Napoleon's staff.

Adding credibility to the idea was that the French army left large amounts of ammunition near the lake as they were retreating.

According to the myth, Napoleon decided to hide the stolen treasure after it became too difficult for the French army to carry it as they were making their way back to France from Russia after being defeated.

During the invasion, Napoleon managed to push through western Russia, making it all the way to Moscow. However, as the Russian army retreated they used scorched-earth tactics, leaving no sustenance behind for the French military. In the fall of 1812, Napoleon was forced to abandon his attack and retreat.

Treasure hunters have been searching for the lost gold for the past two centuries with no avail.

Now, Ryzhkov’s new theory argues that what was hidden in the Lake Semlevo was a decoy sent by Napoleon to distract Russian spies from the real hiding place, which is near the town of Rudnya and Lake Bolshaya Rutavech.

The Russian historian cites local accounts that describe a causeway being built into the middle of the lake and the treasure being placed at the bottom.

“Napoleon did not place the treasure into barrels and then threw them into a lake, that would be too easy,” Ryzhkov’s writes. “He ordered to hide the treasure in some sort of water seal. The treasure can only be discovered with the help of technology and many specialists.”