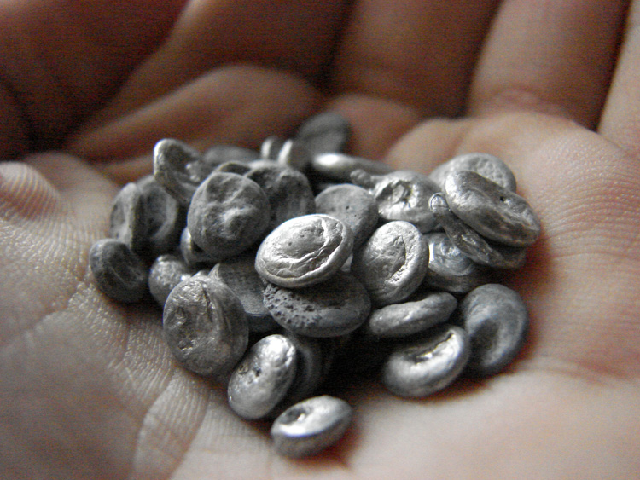 Kitco News) - While gold is expected to benefit from short-term market uncertainty one mining executive said there is another metal that investors should keep an eye on in 2019.

Jeff Hussey, president and CEO of Osisko Metals, said that he sees zinc prices roaring higher in 2019 as the base metal embarks on a long-term bull market once there is more clarity on global trade and growth. Hussey added that the metal’s price weakness is an indication of a disconnect between market expectations and supply and demand fundamentals.

“Although prices have dropped, zinc’s fundamentals remain in place and that won’t change anytime soon,” he said. “I think the days of $1 zinc are behind us now.”

Hussey said that it is only a matter of time before investors come back to the market as they won’t be able to ignore the metal’s impending supply deficit. Quoting industry research, Hussey said that some analysts forecast that there is only about a five-day supply of zinc in the current marketplace.

Hussey explained that the zinc market has seen a dearth of exploration activity in the past decade because of low prices. However, this environment means that there is not enough supply to match growing demand, especially for galvanized steel, which is the biggest component of zinc’s industrial demand. The zinc coating prevents steel from rusting.

“The world needs more zinc mines but we don’t have them because there has been no exploration. If you had all the expected development projects come on line at full capacity, analysts expect that demand will still outstrip supply by mid-2020,” he said. “This means there is a limited risks of further downside in the price long term.”

Although the future looks bright for zinc, Hussey said that the market still faces some short-term hurdles as global economic growth concerns weigh on investor sentiment. However, he added that he expects growth uncertainty impacted by global trade tensions should be resolved by the second half of the year.

Hussey also said that even if a slowdown were to persist, zinc is in a position to weather any potential storm. Even if there was an economic slowdown, countries, in particular China and India, will continue to build roads, vehicles and important infrastructure that will require galvanized steel.

“An economic slowdown won’t solve the supply-side issue. The bottom line is that there are no new zinc production currently in the pipeline and it will be years before we see any new production,” he said. “It is going to take years to resolve zinc’s impending supply crunch. Any economic slowdown is just going to push zinc’s bull market down the road a little.”

Because of this reason, Hussey said that Osisko Metals has been aggressively developing its Pine Point project in Canada’s North West Territory. In December, and in less than a year of owning the property, the company released its maiden resource.

“This MRE is robust and confirms that Pine Point is one of the most significant undeveloped zinc-lead projects in the base metal sector,” he said. “Pine Point is probably one of the best assets within its peer group.”

Hussey said that the company continues to aggressively develop Pine Point with further exploration and they plan to have an indicated resource mapped out by the fourth quarter. From there the plan is to develop a feasibility study in 2020 and hope to start constructing the mine by 2023.

“For some, zinc is not very exciting but we think it has plenty of potential for investors,” he said.