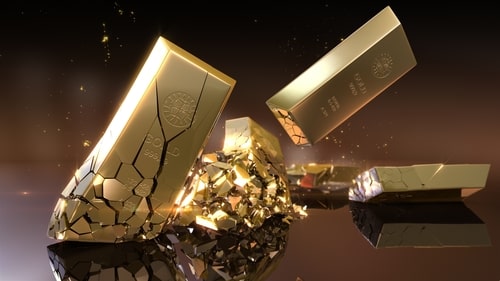 (Kitco News) - One of the big ten surprises that await investors in 2019 is gold dropping to $1,000 an ounce, said Blackstone Private Wealth Solutions vice chairman Byron Wien in his annual prediction.

While the majority of analysts expect the gold rally to continue -- and for the yellow metal to break out to the upside, after breaching its key psychological $1,300 an ounce level -- Wien sees the opposite happening in 2019.

“That’s a real surprise [of 2019],” he said. “Gold [will] drop to $1,000. My thinking is that gold has been in a consolidation period for about four years. Everybody thinks if it breaks out of its trading range, it is going higher. We think it’s going lower. And why not?”

Out of all his predictions, Wien said that his gold outlook has been the most controversial. “A lot of people don’t think gold is going anywhere [and] almost nobody thinks it’s going down.”

Wien’s bearish outlook is largely explained through some of his other “surprise” predictions, including that the S&P will climb 15% in 2019.

“If the market is doing well, if interest rates are around 3%, there’s a real cost to holding gold. Not only does it not have any yield. But, you have to pay for storage and insurance. Investors are going to realize that gold is an unattractive asset and the price will drop,” he said.

Another big surprise for this year is the Federal Reserve pausing on rates and not pursuing any more rate hikes at all.

“This year, [Fed chair Jerome] Powell has established his independence by raising rates in December even though Trump urged him not to. Powell won’t raise rates at all until he becomes convinced that the U.S. economy has enough momentum on its own. The 10-year Treasury yield won’t go above 3.5%,” Wien said.

Other risks included in ‘The Ten Surprises Of 2019’ are: improved outlook for emerging markets, second Brexit referendum resulting in favor to stay in the EU, stabilization of the U.S. dollar near the end of December levels, the Mueller investigation not resulting in impeachment, Congress getting more done than expected, and growth stocks continuing to lead the way in the U.S. equity market.