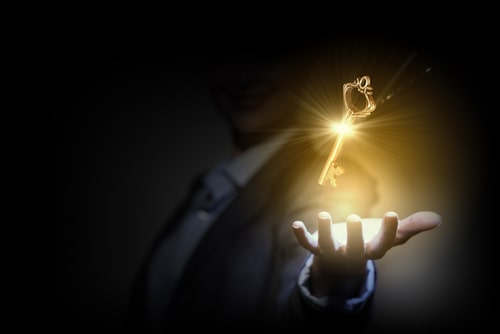 (Kitco News) - Gold prices are expected to hold their ground next week, with volatility in the marketplace working in the yellow metal’s favor.

Gold had a solid week with one serious attempt to breach the critical psychological $1,300 level. Overall, prices are up 0.2% on the week, with February gold futures last trading at $1,289.80.

The U.S. inflation data was the big news on Friday, but had little impact on the precious metal space as the consumer price index for December came in line with expectations, down 0.1% on a monthly basis and up 1.9%, year-on-year.

“Recent inflation data from around the globe points to a tamer outlook on rising prices in the coming months. That should allow world central banks to be less hawkish on their monetary policies, which would be a bullish element for the precious metals markets,” Wyckoff explained.

Tame inflation is a sign that the Federal Reserve doesn’t have to rush into any more rate hikes this year, said CIBC World Markets economist Katherine Judge.

“With little indication here that the acceleration in wage pressures or tariffs are causing any pickup in inflation, the Fed can take a pause in Q1 on raising rates to assess the health of growth indicators. As such, we continue to expect only one hike in 2019, materializing in Q2,” Judge said.

A more dovish Fed is a good sign for gold, TD Securities head of global strategy Bart Melek told Kitco News on Friday, noting that macro data is what investors should be watching in the near-term.

“Our suspicion is there aren’t huge amounts of inflationary buildup. There’s [also] consensus that U.S. economy will slow, trade issues are not going away, and at the same time, we have a government shutdown in the U.S. We should hear a cautionary tone from the Fed. Various Fed officials will make it understood that it is all data-dependent. Data is important here,” Melek stated.

It is only a matter of time before gold breaches the $1,300 level and heads higher, according to RBC Wealth Management managing director George Gero, who pointed out that June and August futures are already over $1,300 an ounce.

Volatility in equity markets and bond yields will also continue to support gold, said Capital Economics, which has recently raised its year-end target to $1,350 an ounce.

“Supporting that has been a backdrop of general uncertainty around the global economy. That’s the key underpinning our bullish forecast this year. We expect declines in equity prices and drops in bond yields and we expect investors are seeking safe havens,” said Capital Economics senior commodities economist Ross Strachan.

Gold is looking for another move higher based on the metal’s consolidation just below the $1,300 level despite last week’s strong U.S. job numbers and continued easing trade tensions between the U.S. and China, Strachan added.

“The next time equity markets drop back significantly is probably the most likely catalyst for the movement able $1,300 at this time,” he said.

Any additional volatility added to the marketplace is a trigger for gold, said RBC Capital Markets commodity strategist Christopher Louney, pointing to the U.S.-China trade talks and U.S. government shutdown as possible drivers.

“If we were to achieve something from the U.S.-China trade talks, then some of the volatility and uncertainty would be taken off the table. But, how that filters through the FX markets is probably more important than anything else. If we were to see the dollar weaken that could be a lift and vice versa,” Louney said.

In the long-term, it is unclear how the U.S.-China situation will be resolved, said Strachan. “We’ve seen improvement there recently, but it is far from clear how exactly that is going to pan out and that could well benefit gold,” he said.

The partial U.S. government shutdown will become the longest ever on record on Saturday, lasting more than 21 days and that could also be a potential trigger for more volatility, added Louney.

“The direct impact from the U.S. government shutdown itself is minimal, but how that uncertainty is being interpreted in equity markets or elsewhere is more important for gold. In the way that it may introduce volatility is the primary upward lift from the shutdown that gold prices could experience,” he pointed out.

The news that the Brexit’s March date could be delayed due to “a backlog of at least six essential Bills that must be passed” before the UK departs from the EU, according to London’s Evening Standard newspaper, also led to some wobbling in the marketplace.

But, Strachan said he does not expect any significant gold price moves due to the delay unless investors are trading gold in sterling.

Next Week’s Major Data To Watch

The biggest release will be the U.S. retail sales from December, scheduled to be published on Wednesday. Other data to keep an eye on include a slate of housing figures out of the U.S., which will be released on Thursday, and the Beige Book publication due out on Wednesday.

There are also a number of Fed speakers next week, including Kansas City Fed President Esther George and Minneapolis Fed President Neel Kashkari.

Other data to watch are the U.S. PPI and the NY Empire State Manufacturing Index, both due out on Tuesday, and Friday’s U.S. industrial production.