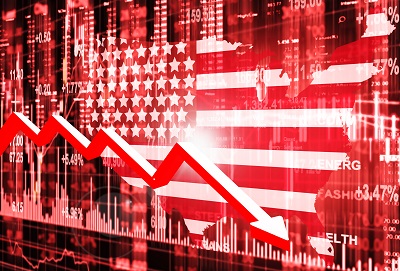 (Kitco News) - Exploding U.S. debt and a prolonged equity bear market will significantly weaken the U.S. dollar, and ultimately gold will be the only realistic possibility for investors, according to one of the world’s biggest gold fund managers.

Out of all the geopolitical and investor uncertainty swirling through financial markets, John Hathaway, chairman of Tocqueville Management Corp. and co-manager of the firm’s gold fund, said that the U.S. burgeoning debt relative to its gross domestic product is the most viable threat to the economy and the best prospect for higher gold prices.

“Here we have an easy-to-understand, highly visible metric that in our opinion makes the likelihood of much higher gold prices seem inescapable,” he said in his fourth-quarter investor letter. “The magnitude of the debt relative to GDP – the productive resources of the U.S. economy that underpin the creditworthiness of that debt – now stands at 105.7% (Q3 2018), a level at which there is significant risk that it will begin to outgrow GDP.”

Although U.S. debt is not a new issue in the marketplace, Hathaway said that it is coming more into focus as the threat of a recession continues to grow as interest rates continue to move higher.

“A recession, or even a significant economic slowdown, would drive the pace of debt growth well in excess of 5%,” he said.

Investors can already see evidence of the U.S.’s growing debt problems; Hathaway noted that the appetite for U.S. debt is weakening at a time when demand should be robust.

But it not just the debt that investors need to worry about, as Hathaway said that he sees a growing threat of a protracted bear market for equities, something that hasn’t been seen since the ‘70s.

“In our opinion, equities stand at the cusp of a bear market that could last three to five years,” he said. “A bear market of even lesser magnitude will, we believe, cause investors to turn to gold and other strategies to offset poor performance generated by mainstream strategies.”

In the current environment, he said that precious-metal producers are relatively cheap and are highly leveraged to rising gold prices.

“Gold exposure, in our view, is the antidote to unknown adverse repercussions stemming from a sovereign-debt crisis,” said Hathaway. “Gold has always protected capital from currency debasement. We believe it will prove to be a winning strategy in a bear market.”