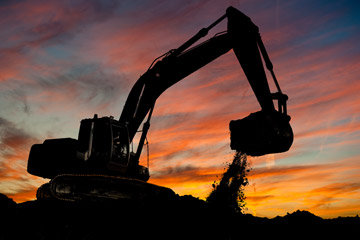 (Kitco News) - The trend of mega-mergers in the mining sector continues with Monday’s announcement that Newmont Mining Corp. (NYSE: NEM) and Goldcorp Inc. (TSX: G, NYSE: GG) are joining forces, and analysts say don’t be surprised if there are more deals.

Specifically, since this merger will create the largest gold-mining company in the world, the new Newmont Goldcorp may draw increased interest from institutional investors, observers said.

The Newmont-Goldcorp merger continued a trend of mergers involving the giant companies within the precious-metals sector, although some smaller companies have combined as well.

Previously, Barrick Gold Corp. (NYSE: GOLD; TSX: ABX) had the honor of being the biggest gold miner when it acquired Randgold Resources Ltd., with the acquisition closing at the start of the year.

Additionally, Pan American Silver Corp. (Nasdaq, TSX: PAAS), the world’s second-largest primary silver producer, announced in November that it will acquire Tahoe Resources Inc. (NYSE: TAHO; TSX: THO). Shareholders have approved the necessary measures, and the deal is expected to be finalized yet in the second quarter.

Investors might want to start acclimatizing themselves to the idea of more mergers between major gold producers, said David Madden, market analyst at CMC Markets. He explained that with the growing threat of a global economic slowdown, companies are making more strategic deals.

“I think we will continue to see larger mining companies merging with their peers,” he said. “The idea is to buy quality over quantity, and that is what is happening. Quality is buying quality. If you buy the right company, you will probably be able to find efficiencies and that will be important if there the global economy starts to cool.”

Bill O’Grady, chief market strategist at Confluence Investment Management Co., said there has been a general trend across the economy toward consolidation over the last two decades.

“It makes senses that it would affect the mining sector too,” he added.

In the case of the technology sector, there has been a trend in which companies such as Facebook and Google have tended to buy other firms before they went public. In the case of mergers such as Newmont-Goldcorp, the motivation would appear to be market share instead, O’Grady commented.

Consolidation may well continue if companies can get the funding, he said.

“That’s always the issue…,” he said. “But right now, the investment bankers and M&A [merger-and-acquisition] bankers we talk to tell us that there is a lot of liquidity out there. So if somebody wants to do it, they can probably get the money to do so.”

As for the Newmont-Goldcorp merger specifically, Credit Suisse said Newmont will regain its position as the top gold producer in the world but offered mixed first impressions.

“The proposed acquisition with GG [Goldcorp] will allow NEM [Newmont] to surpass Barrick in terms of gold production and market capitalization,” Credit Suisse said. “The merger will also allow NEM to regain its position as the largest gold-mining company in the world, which should make way for it to regain its institutional investor friendly position (in particular among generalist investors).”

However, Credit Suisse said, while Goldcorp’s recent weakness in share prices makes its current valuation attractive, Newmont’s purchase price premium paid for Goldcorp “is not as attractive” as Barrick’s no-premium offer for Randgold, though it still remains below premiums paid in the last decade.

Madden added that Newmont-Goldcorp merger could be a good sign for the gold market. He explained that these companies learned their lessons from 2011, and would only be making a deal like this if they expected the gold market to remain strong.

Typically, when consolidation occurs within a commodities sector, a smaller number of companies would have more impact on prices of the commodity, O’Grady said. However, this may not be the case in the gold sector as it is with others.

“One of the things you tend to see when industries consolidate…is price stability,” O’Grady said. “They can more easily control supply. Part of the reason OPEC exists is not only to increase margins of oil producers, but also to stabilize prices.”

However, in the case of gold, the commodity does not get “consumed” in the way that oil and copper do, O’Grady explained. Nearly all of the gold ever mined is still around; it just changes hands and forms.

“So if you’re a gold miner, you’re creating new supply. But the old supply never goes away,” he said. “So it’s going to be kind of tough for them to get any kind of pricing power that is almost eternal.”

By Allen Sykora and Neils Christensen of Kitco News; asykora@kitco.com and nchristensen@kitco.com