If Gold Tops $1,350, Wells Fargo To Turn Negative On The Metal 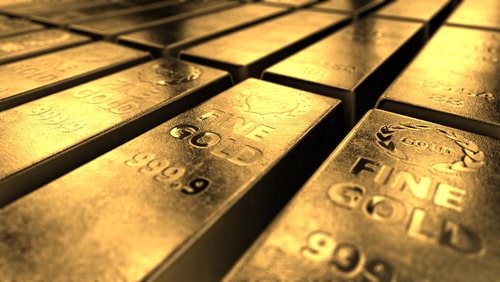 (Kitco News) - A gold rally is “a sprint, not a marathon,” said Wells Fargo, adding that it will likely turn negative on the precious metal if it breaches the $1,350 an ounce level.

“If the gold price breaks beyond our target range ($1,350), we would likely become unfavorable on the yellow metal,” said Wells Fargo Investment Strategy analyst Austin Pickle. “Investors should resist the urge to jump on the gold bandwagon if this rally continues.”

Despite that warning, Wells Fargo believes that the metal is unlikely to go above the $1,350 an ounce this year.

Usually, gold rallies along with stocks for a few months after a major drop in the equity markets, “presumably because fear of another crash takes time to fade,” Pickle added.

Other drivers that could drag out this current rally include a weaker U.S. dollar and higher commodity prices, according to Pickle.

Also, a decline in the short money manager positions is likely to temporarily push gold prices higher, the note stated.

At the end of 2018, Wells Fargo turned bullish on the yellow metal, projecting this year’s high to be around $1,350 an ounce.

“2018’s fourth quarter was a tough one for investors. The S&P 500 Index dropped nearly 14%; oil prices were down roughly 40%; and commodities, overall, returned -10% (as measured by the Bloomberg Commodity Index). Finding an investment that provided outsized positive returns during this tumultuous period was challenging. Gold was one such investment—having returned 8%,” Pickle described.