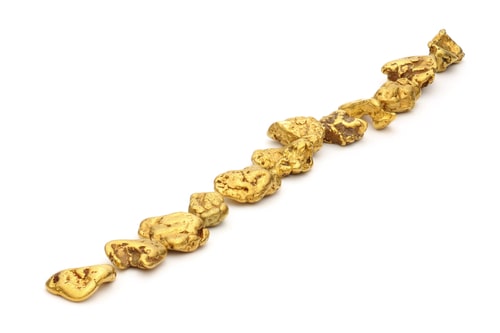 With the Brexit’s March 29 deadline fast approaching, investors are getting skittish and gold is looking more and more like the solution out of this political uncertainty.

“They're worried about a significant devaluation in sterling if there's a hard Brexit,” AFP quoted co-founder of Merrion Vaults Seamus Fahy as saying.

Merrion Vaults, an Irish owned and operated gold brokerage and safe deposit facility in Dublin, saw a 70% jump in clients from Northern Ireland in 2018 as investors rushed to convert their cash into gold, Fahy said.

“Customers are taking money - physical money - out of the bank and they're buying gold bullion with us to store it, and it's a hedge,” Fahy noted.

Brexit fears are nowhere near resolved after U.K. Parliament voted 432 to 202 against Prime Minister Theresa May’s proposed exit deal on Tuesday. Now, the government appears to be stuck in limbo, surviving a no-confidence vote last week.

May responded to Parliament’s rejection of her deal by stating that the British lawmakers need to clarify what they actually do support.

“It is clear that the House does not support this deal. But tonight’s vote tells us nothing about what it does support. Nothing about how - or even if - it intends to honor the decision the British people took in a referendum Parliament decided to hold,” May said following the vote.

On Monday, May revealed her Plan B, which focused on receiving more concessions from the European Union, including avoiding a hard border with Ireland.

U.K. lawmakers are set to vote on May's new plan on January 29, exactly two months before the Brexit deadline.

This political uncertainty and fears of a massive currency selloff have triggered increased interest in gold bars and coins, said Merrion Vaults’ Fahy.

Some of the most popular items from last year were South African Krugerrands, Canadian Maple Leafs and British Britannias, he said.

“In times of crisis you always see what's called this 'flight to safety' -- so people go into US government bonds, gold bullion, Swiss francs etc.,” Fahy pointed out.