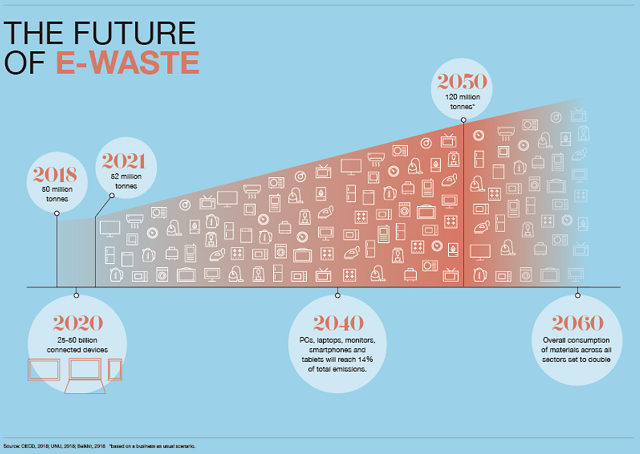 (Kitco News) - Gold and silver were in focus at the world’s largest gathering of political and corporate leaders as a new report highlighted what could be a unique opportunity for the market and address a potential environmental crisis.

In a report released Thursday during the World Economic Forum at Davos Switzerland, the United Nations E-Waste Coalition said that the world is on the brink of a major health and environmental crisis as electronic waste is expected to grow from 50 million tonnes to 120 million tonnes by 2050.

The coalition -- a group of seven UN entities -- also noted that the growth in e-waste also represents a business opportunity as the material in junk electronics is currently worth about $62.5 billion a year.

The report noted that the value of e-waste is, “…Three times more than the annual output of the world’s silver mines and more than the GDP of most countries.”

The coalition noted that only about 20% of e-waste is recycled. The report said that up to 7% of the world’s gold could be contained in discarded electronics.

“Electronic waste remains a largely unused, yet growing, valuable resource. Nearly all of it could be recycled. Urban mining, where resources are extracted from complex waste streams, can now be more economically viable than extracting metal ores from the ground,” the group said in its report. “The earth’s richest deposits of valuable materials are sitting in landfill sites or people’s homes.”

The WEF noted that some African countries are already taking advantage of the economic potential of recycling electronic products. In a press release, the WEF said that the Nigerian government, Global Environment Facility (GEF) and UN Environment have joined Dell, HP, Microsoft and Philips to launch a $15 million investment to create a formal e-waste recycling industry in Nigeria. 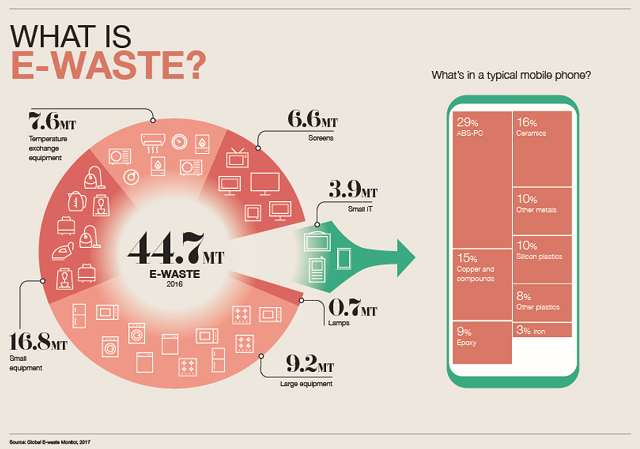