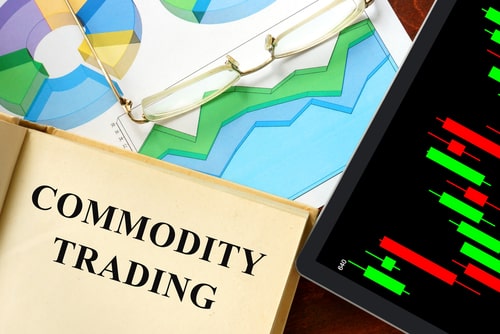 (Kitco News) - On top of being bullish on gold prices this year, Goldman Sachs’ favorite commodity play at the moment is “long gold.”

Gold has a lot of potential and can hit $1,450, according to Jeffrey Currie, global head of commodities research at Goldman Sachs.

When asked about his top play on commodities during an interview with Bloomberg this week, Currie replied: “Long gold, we see that one with the most upside.”

The reason for such an optimistic outlook on the yellow metal this year includes recession fears, gold’s wealth-effect, and central bank buying, according to Goldman.

“We believe the world is A-ok right now, however, recessionary fears remain high and that is increasing the physical demand for gold. Wealth-effect is better for gold, and finally central banks are buying,” Currie said.

In terms of which banks are buying, Currie highlighted that India bought 70 tonnes last year and China started re-entering the market.

This view supports Goldman’s report published earlier in January, in which Currie said that Goldman was raising its gold price forecast for 2019 due to growing recession fears.

Increased central bank buying has been at the center of analysts discussions when it comes to higher gold prices.

TD Securities issued a report in the middle of January, arguing that higher gold demand from central banks will lead to higher prices in 2019.

“Central bank gold holdings have grown by a dramatic 13 percent (roughly 3,900 tonnes) since the lows recorded back in 2009 and are expected to grow by another 800 tonnes over the next two years,” TD Securities head of global strategy Bart Melek wrote in a report. “In addition to continued purchases by Russia, Turkey, Kazakhstan, and India, now includes China— the yellow metal could well move above our positive projections.”

“The desire to diversify central bank FX portfolios from the USD, which still represents over 60 percent of global FX reserves, is one of the key reasons to buy gold,” Melek wrote. “The U.S. [will] likely [be] sharing its superpower status with China (possibly India over the long term), [and] gold’s reliability, time-tested ability to preserve wealth and almost universal acceptance makes it a good reserve asset.”

So far this year, gold is proving to be resilient in light of recovering equities and U.S. dollar. February Comex gold futures hit a seven-month high on Tuesday, last trading at $1,309.9, up 2% year-to-date.