Gold Liked What Fed Chair Powell Had To Say 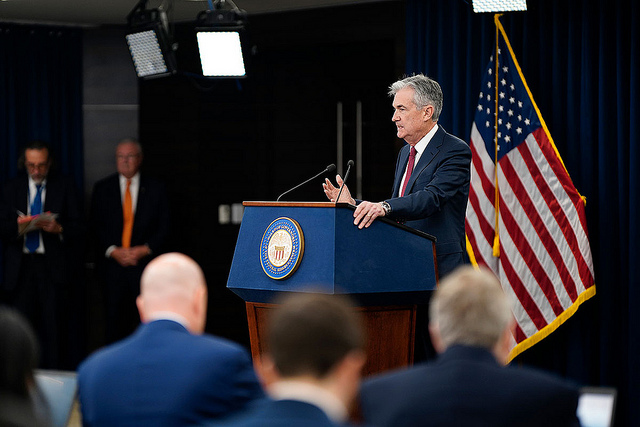 (Kitco News) - Although off its daily peak, gold prices are holding near fresh eight-month highs as Federal Reserve Chair Jerome Powell signaled that he is in no rush to raise interest rates anytime soon.

At one point, gold prices were up nearly 1% on the day, reacting to Powell’s relatively dovish comments. Although Powell kicked off the central bank’s first press conference of the year by saying that the economy is in a good place, he soon added that the growth is slower than last year.

The comments come after the Federal Reserve left interest rates unchanged in a range between 2.25% and 2.50%, stating that it will be “patient” on the future direction of monetary policy.

“The case for rate increases has diminished,” said Powell during the press conference. “I would need to see a reason for further rate hikes that would have to include higher inflation.”

Powell added that global cross-currents, such as trade negotiations and uncertainty over Brexit, could remain for a while.

However, he has shifted his tone, saying that the balance sheet reduction will end sooner rather than later and the size will be larger than predicted.

“The Fed will not use the balance sheet program as an active monetary policy tool, but will make adjustments if conditions warrant,” he said.

Avery Shenfeld, senior economist at CIBC World Markets, said that the entire press conference and monetary policy statement is “big of a turnaround” to the meeting only one month ago.