(Kitco News) - The so-called Super Bowl stock-market indicator has not been so accurate in recent years, but that has not always been the trend. 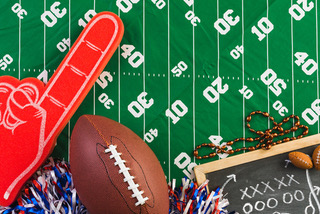 So, now that the New England Patriots won the Super Bowl, the superstitious types will be watching to see if the stock market falls this year.

If the predictor holds true, then stocks should fall in 2019, since New England was an AFL team and is in the American Conference.

According to media reports, as of January 2017, the predictor had been accurate 40 out of 50 times, based on the performance of the S&P 500 index. However, the indicator has failed for the last three years in a row.

The American Conference’s Denver Broncos and New England Patriots won the 2016 and 2017 Super Bowls, yet stocks rose both times. Then the National Conference’s Philadelphia Eagles won in 2018 and stocks fell.

The Super Bowl Indicator has been as accurate as a “coin flip” – right half of the time – from 2007 to 2017, Investopedia reports. Further, the website pointed out that when the NFC’s New York Giants won the Super Bowl in 2008, the stock market suffered its largest downturn since the Great Depression.

Markewatch.com reported that Jeffrey Kleintop, chief of global investment strategies at Charles Schwab, pointed out that the Super Bowl Indicator was accurate 85% of the time from 1970 to 1997. However, it has only been right 48% of the time since then.

Most would probably say any correlation is nothing but coincidence and a superstition.

Nevertheless, those who believe in superstitions will be watching.