The Year Of The Pig: Gold To Climb In February As China Celebrates The Lunar New Year 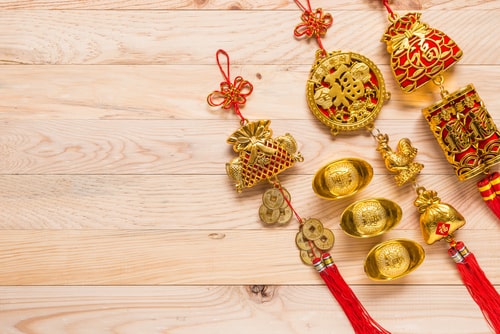 (Kitco News) - As China rings in the Year of the Pig, gold demand will temporarily stall as markets remain closed for the celebrations, but prices are expected to pick up in the second week of February, according to some analysts.

Even though gold is a popular gift item during the Chinese New Year celebrations, most of the shopping has been done ahead of this week, with most Asian markets scheduled to remain closed for the holiday week.

“The Chinese Lunar New Year holiday finds the world’s second-largest economy and its markets closed for a week. That usually means a bit quieter markets action worldwide,” Kitco’s senior technical analyst Jim Wyckoff said. “While it’s a gift-giving season for China’s citizens during the Lunar New Year, it’s likely most of any gold purchases for gifts has already occurred.”

Kitco’s global trading director Peter Hug also sees softer demand for gold this week, adding that it is to be expected.

“Generally when a major holiday occurs anywhere, investors in those countries are not focused on their investments,” Hug said.

“Because markets are closed, we’ve historically seen gold trade down as the short sellers take control. Gold coins and jewelry are traditional gifts that the Chinese exchange around this time, but the increased demand ordinarily shows up in the weeks leading up to the New Year,” Holmes told Kitco News on Monday.

This short-term impact is already visible, according to the MKS PAMP Group.

“Gold suffered from a lack of interest during Asian trade today, with China beginning its week long New Year holiday … With Chinese demand removed from the market this week, we expect bullion to test underneath USD $1,310, with a potential test toward USD $1,300,” MKS’ analysts wrote.

Despite the one-week pause, gold’s overall bullish trend will remain throughout February due to heightened geopolitical concerns, the MKS PAMP Group added.

“Ongoing geopolitical concerns see bullion continue to find favour as a safe-haven asset. Focus remains on political developments out of the U.S. with President Trump’s State of the Union address scheduled for Tuesday, while Brexit developments continue to be closely monitored,” the analysts noted.

Historically, gold futures have done very well in February, said RJO Futures senior market strategist Phillip Streible, pointing out that gold futures rose eight out of the last ten years during the period of February 7 to 28. “The only two years, gold futures have been down during that time was 2015 and 2013,” Streible noted.

“With the Chinese New Year approaching this week, we typically see demand for gold and gold-related jewelry pick up. And as a result, gold futures tend to benefit for the last three weeks of February,” he said.

“Look for more active trading in the metals and other markets next week, when China’s markets reopen,” he said. “Technically, April gold futures bulls have the firm overall near-term technical advantage. A 2.5 month-old price uptrend is in place on the daily bar chart. Gold bulls' next upside near-term price breakout objective is to produce a close above solid technical resistance at $1,350.00.”