Silver To Get Its 'Precious Status' Back - Hightower Report 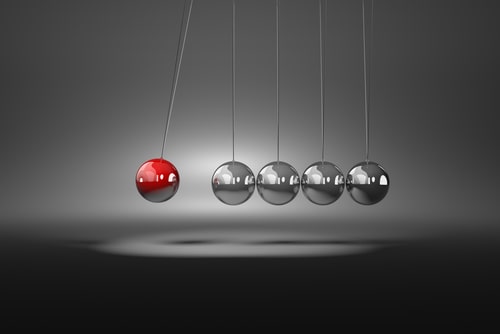 (Kitco News) - Silver is looking to regain its “precious status” this year as all major signs are pointing to a bullish outlook, according to the Hightower Report.

The elements working in favor of silver this year include increasing investment demand, declining supply, boost from other rallying precious metals, and outside market forces, the analysts from Hightower Report wrote.

Record net short positioning in silver is one of the potential triggers that stands out the most, Hightower Report said.

“Positioning in silver as per the Commitments of Traders report has recently posted a series of record spec short readings,” analysts said. “The market appears to have factored in a moderately bearish case going forward at a time when some big-picture internal forces are showing signs of change.”

What are these forces that will drive silver higher? Well, the report points to entrenched global silver deficit pattern at a time when the demand for silver is likely to increase.

“Lower production in 2019 is likely because of the low average price of $15.00 from 2018 has put pressure on miners that are reliant on silver-only production,” the analysts wrote. “Industrial usage accounts for more than 50% of total silver demand, so the ebb and flow of the global economy should continue to be a major force in determining prices.”

Also, a rally in gold and palladium, as well as a retreat in the U.S. dollar, are all giving silver a boost, as metals react to a more dovish Federal Reserve.

“Historically, gold has been the most influential force for silver, and it looks like it will be in a position to lead silver higher over the next few quarters,” the Hightower Report said. “Even the dollar could become a positive force for metals, as it looks ready to turn lower after its 11% rally in 2018.”

However, the biggest price mover for silver could be an improvement in investment demand, which has been bearish for the last two years, the report added.

“We expect the silver market to see some revitalization in investment demand in the months ahead as a result of the developing bull stories in palladium and gold,” the analysts pointed out. “Still, it could take significant gains in gold and palladium to stoke widespread investor interest in silver as an ‘alternative investment’ to the much more expensive gold and palladium.”

The Hightower Report also listed some early signs to watch for when trying to pinpoint rising investor interest.

“Historically, seeing significant investment interest flow into a commodity is a sign of a mature and perhaps overdone bull market. From that perspective, silver would seem to have plenty of buying capacity in reserve. Another signal of investment interest returning would be if silver derivative holdings climbed above 617 million ounces,” the analysts wrote.