(Kitco News) - Holdings of gold by global exchange-traded funds and similar products as of the end of January stood at their highest level since 2013, the World Gold Council reported Wednesday.

ETF holdings increased for the fourth straight month, this time by 71.9 tonnes to 2,512.8 tonnes. Holdings have increased by around 185 tonnes over those four months, reversing a decline in the third quarter of 2018. 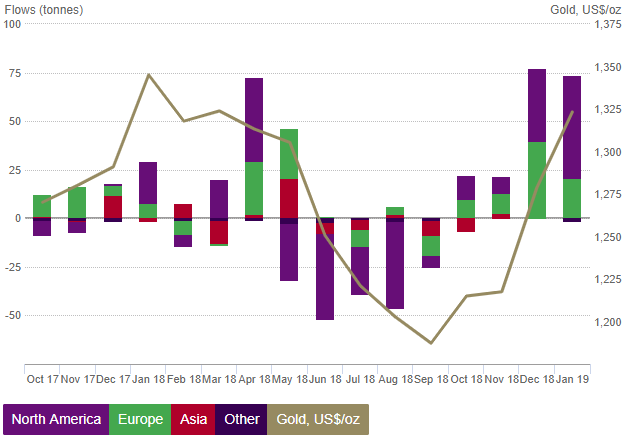 Most ETFs trade like a stock but track the price of the commodity, with metal put into storage to back the shares. This gives investors exposure to gold prices without undertaking certain expenses such as storage and assaying of physical metal.

North American-based ETFs posted inflows of 53 tonnes last month, while those in Europe rose by 20.2 tonnes, the report said.