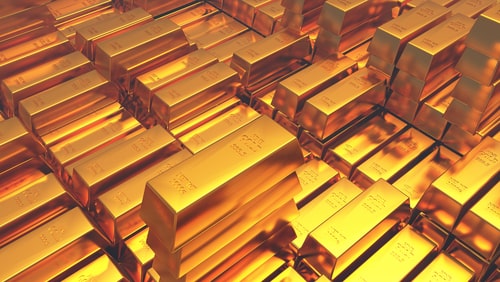 The gold was sold without the needed approval of the opposition-led National Assembly, Reuters said on Wednesday.

The money was used by Maduro to keep some of the government programs running as well as to transfer millions to bondholders, Bloomberg reported.

There was a total of 73 tonnes of gold sold to firms in the United Arab Emirates and Turkey, Paparoni told reporters on Wednesday.

The remaining reserves inside the country by the end of last year were around 110 tonnes, one source told Bloomberg confirming Paparoni’s numbers.

One of the companies involved in the purchase from Maduro was Istanbul-based Sardes Kiymetli Madenler SA, Paparoni said. The company bought about 24 tonnes of Venezuela’s gold just days after it became a member of Borsa Istanbul’s Precious Metals Market on Dec. 26, 2017, Bloomberg reported citing documents.

Other companies said to have been involved in buying gold from Venezuela last year were UAE’s Noor Capital and Goetz Gold.

At the end of January, there were also reports that Venezuela was planning to sell 15 tonnes of gold to the UAE last week.

Venezuelan opposition is fighting to stop Maduro from accessing and selling the national gold reserves, accusing him of corruption.

“We will keep working so that not one more gram of gold can be sold,” Paparoni said.

Earlier this year, news broke that the Bank of England has blocked Maduro’s officials from withdrawing $1.2 billion worth of gold being stored in the vaults of the U.K. central bank.

Venezuela is currently in a political and economic crisis, with the U.S. and many other Western countries supporting Venezuela’s self-proclaimed interim president Juan Guaido.