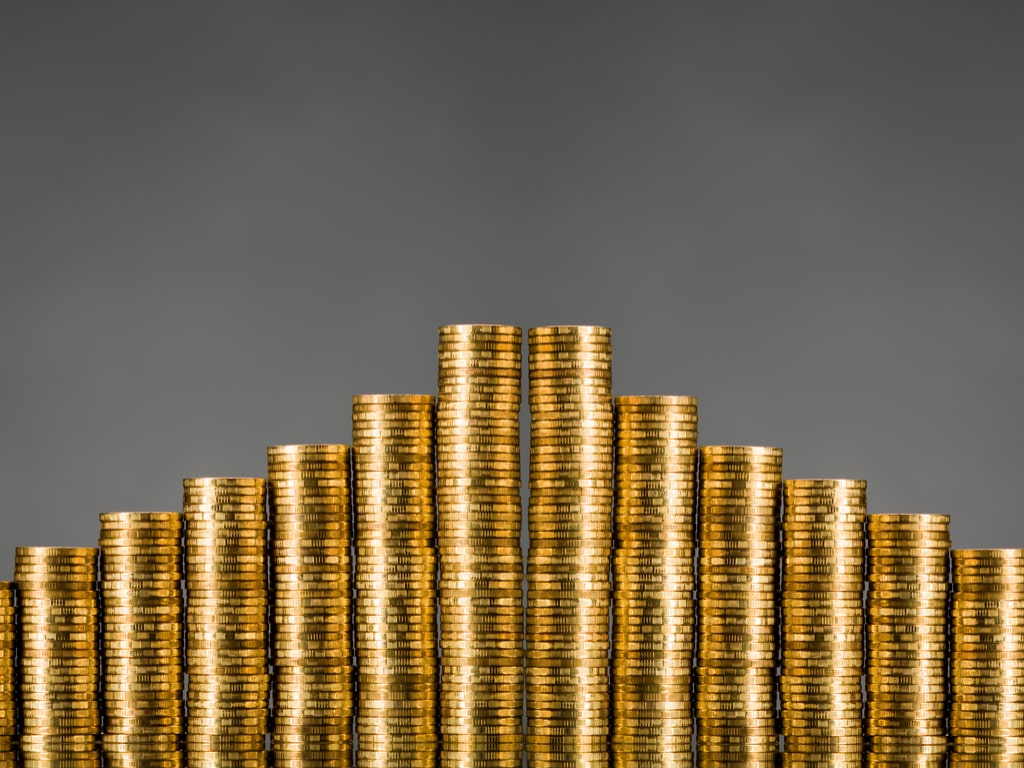 (Kitco News) - After some healthy consolidation, gold could be ready to move higher next week as all the attention shifts to avoiding another U.S. government shutdown and U.S. macro data.

Gold has held up quite well following a rally at the end of January, analysts told Kitco News, with April Comex gold futures first consolidating and then closing at around $1,318.80 an ounce on Friday, up 0.35% on the day and down 0.29% in the week.

“Gold is in a nice uptrend and it looks like we are done with what looked like a fairly natural pullback. One big caveat is that in this run-up, the market has been overbought. But, the uptrend remains intact. For the time being, the focus seems to be on the global growth outlook,” said London Capital Group head of research Jasper Lawler.

Next week could be full of surprises for gold, with lots of unknowns in the air, including the looming February 15th deadline, on which Congress has to approve a border security agreement, in order to avoid another government shutdown.

If there is no deal and another shutdown is triggered, gold could see a sharp rally, said RJO Futures senior market strategist Phillip Streible.

However, it is important to keep in mind that the potential rally would be a temporary one, as government shutdowns historically have had a very limited impact on gold prices, added Capital Economics senior commodities economist Ross Strachan.

“The shutdown potential is interesting, but as we saw with the previous shutdown it doesn’t directly translate into shifts in the gold price,” Strachan said.

A reality of another U.S. government shutdown is an unlikely one, said TD Securities head of global strategy Bart Melek.

“The Republican Party is not supportive of that. The Democrats are not into it. You never know what Trump will do, but I suspect the market is not responding to it yet. We are not really thinking that it is going to destabilize the financial system in any way,” Melek said.

What is more important to eye here is the credibility of the U.S. government long-term, Melek explained.

“Ultimately, it is not the shutdown that matters. So long as the credibility of the U.S. government is not in question long-term, you really don’t have that interest rate response and therefore gold shouldn’t react either,” he said.

Signals from the Federal Reserve next week are another potential big mover for gold prices, according to the analysts.

“An important driver to monitor at the moment is Fed communications around policy. We’ve seen a significant shift in tone from the Fed in recent weeks and there are significant question marks around whether they will raise rates. In fact, we are expecting significant cuts in rates next year,” Strachan said.

The market is unsure how the Fed will reconcile its new dovish tone with strong macroeconomic data coming out of the U.S.

“The risk in the short-term is how the Fed will digest the news that the U.S. economy is staying pretty resilient and the unemployment rate is pretty low while there are challenges given the global economic backdrop and the equity market wobble that we saw last year,” Strachan added.

Traders should not assume that the Fed is done raising rates this year, noted Melek.

“I don’t see gold breaking out above recent highs anytime soon mainly because there is still a lot of ambiguity what the Federal Reserve might do,” he said.

Melek pointed out that solid U.S. data is at the center of the Fed puzzle. “If data continues to surprise on the upside, you can’t exclude the possibility that there will be one more hike executed by the Fed,” he said.

The U.S.-China trade talks could be turning more negative next week, said Lawler, pointing out that the U.S. trade delegation is heading over to China.

“The clock is ticking towards the March 1st deadline to get something done. Overall, the trade story has been a positive one this year. But, that could start to shift as we get closer to that deadline, maybe as soon as next week,” Lawler stated. “If there is nothing concrete to report, we could be heading into risks around that there might not be a deal.”

More risks, however, do not necessarily mean higher gold prices, head of research at the London Capital Group added. “If there is a big flight to safety, then the dollar wins out over gold,” Lawler described.

Many of the analysts pointed out that a new trading range is developing and gold might get stuck in a sideways action next week.

“Gold futures will be more in a sideways pattern going into next week. I wouldn’t be surprised if we have a newly defined range between $1,306-$1,330. That’s the next consolidation phase,” Streible said.

Melek highlighted a somewhat similar pattern developing: “Gold will likely consolidate on the lower end of the trading range between $1,280-$1,320,” he said.

That key psychological $1,300 an ounce level is an important marker not to breach on the downside, added Streible.

Looking slightly more long-term, majority of analysts are bullish when it comes to gold prices, confirming that the uptrend in gold is here to stay.

“Our forecast is still bullish for this year. We expect the price to rise to $1,350 per ounce, underpinned by safe-haven flows and investor interest as we see equity markets correct,” said Strachan.

“Steady appreciation is most likely over the coming months. Weakness in equity markets is also likely and that becomes a very attractive time for investors to increase ETF holdings and make bar and coin purchases,” he noted. “And that will be the driver of higher prices even though Asian demand is relatively lacklustre.”

Some key data sets are scheduled to come out next week, including retail sales and inflation. Analysts are hoping that the fresh numbers will shed some more light on the state of the U.S. economy.

First, there is the U.S. CPI release on Wednesday, followed by the PPI and retail sales data on Thursday.

“Retail sales might show that the economy is continuing to weaken which could lend some support to gold,” Streible said. “With CPI and PPI, these are both inflation data, and we’ve been seeing weaker inflation recently.”