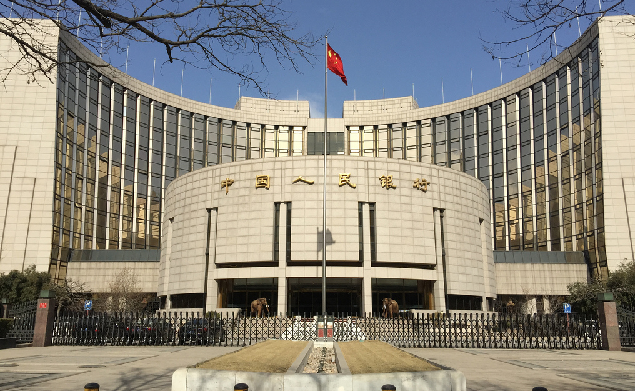 (Kitco News) - 2018 was an unprecedented year for central-bank gold demand and that trend appears to be continuing through the start of the new year as China bought nearly 12 tonnes of gold last month.

The latest reserve data from the People’s Bank of China shows its gold holdings increased by 11.8 tonnes to 1,864 tonnes as of the end of January. The newest increase follows December purchase of just under 10 tonnes of gold, the first time the central bank increased its reserves since October 2016.

While it’s still too early to say that China is on a buying spree, analysts at Commerzbank said that the past trends support further purchases this year.

“In the past, the PBOC has tended to buy gold for several months in succession,” the analysts said.

According to some analysts, central-bank demand is helping to support gold’s current rally as prices hold above critical support at $1,300 an ounce. April gold futures last traded at $1,312.30 an ounce, nearly unchanged on the day.

In a report last month, Bart Melek, head of commodity strategy at TD Securities, said that central-bank buying could push gold prices above $1,400 an ounce by 2020.

“The desire to diversify central bank FX portfolios from the USD [U.S. dollar], which still represents over 60 percent of global FX reserves, is one of the key reasons to buy gold,” Melek wrote.

Melek added that China could potentially be a significant gold buyer.

“Thus far, China’s gold reserves remain very small, standing at only 2% of its overall foreign exchange reserves,” he said. “Many believe that it is trying to accumulate reserve levels similar to those held by the U.S., Germany, France and Italy, where gold’s share of national forex reserves is over 60%. However, this remains uncertain.”

The World Gold Council also expects to see central banks continue to buy gold after last year’s unprecedented accumulation. According to data from the WGC, central banks bought 651.5 tonnes of gold last year, the largest increase in global reserves since 1971.

“Central-bank demand demonstrates that gold is a relevant asset around the world,” Juan Carlos Artigas, director of investment research at the World Gold Council, said in a telephone interview with Kitco News last month. “Many central banks are now looking at gold as they de-dollarize and diversify their reserves. We have a good degree of certainty that gold will remain a relevant asset in foreign reserves for central banks who hold little to no gold.” 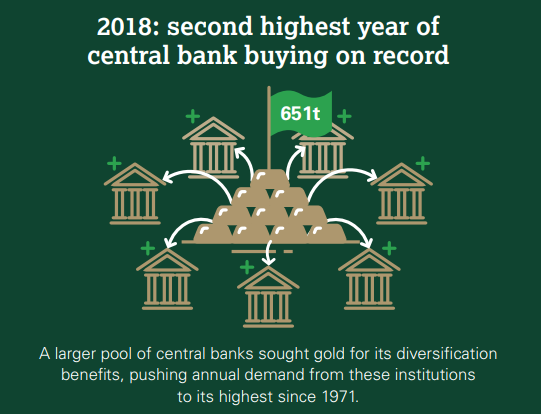