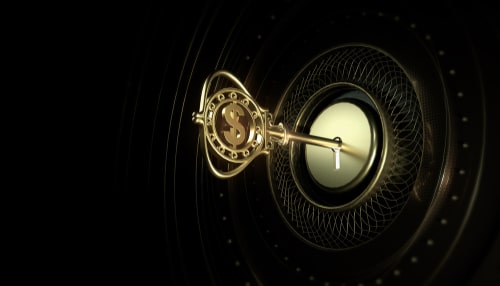 The caveat of his forecast is that after hitting the 2016 highs, gold will likely experience a significant but temporary pullback, Global Pro Traders CEO David Brady said in a Sprott Money’s post published last week.

“The balance of probabilities signal a move in Gold back up to the $1,360s and 70s, once we hit bottom here shortly, with the risk of a sizeable pullback to follow. Following that pullback, Gold is likely heading to new highs later this year, as the prospect of new stimulus policies from the Fed, global central banks, and governments around the world become increasingly likely and fiat currencies continue to be devalued en masse, especially the dollar,” Brady wrote.

There are a few ways gold can get to the $1,370 level, noted Brady, adding that one way or another gold is going higher.

“Gold has risen parabolically from its low of $1,167 back in August. It peaked at $1,331 on January 31, when extreme overbought and following clear negative divergence on both MACDs … Should that parabola hold, you can see where it is headed, back up towards the 2016 high of $1,377,” he said.

Money managers positioning in gold reveals a change in perception, which is supportive of higher gold prices, Brady pointed out.

“They have flipped from a record net short position of 109k contracts on October 9 to net long 50k on December 31 (down to 25k on January 25), a change of 160k contracts—over 30% of open interest—in just fourteen weeks,” he said. “The relatively low net along position being held by the Funds, even taking into account increases heading into the peak on January 31, does support a further rally higher to the $1,360s and 70s, and following a pullback thereafter, a move to new highs later this year.”

The conversation around the Fed’s dovish turn will take center stage in the short-term, especially with the release of the FOMC meeting minutes on Wednesday, with traders dissecting the statement for clues.

“The Fed is preparing us for a return to QE at some point relatively soon. Many of the analysts I respect on this matter concur that this will create rampant inflation for a country that cannot suffer a dramatic rise in interest rates or yields to curb prices without risking collapse. This is the perfect environment for Gold, and whether these policies come sooner or later, the more people believe them to be inevitable within the next year or two, the further Gold will rise,” Brady said.

Raoul Pal sold his gold because 'bitcoin is eating the world'; $300k price in 18 months

Ivan Glasenberg to retire after 36 years with Glencore

The heat is on, as lawmakers scramble to pass a relief legislation