Gold's 10-Month High Is Only The Start - Analysts 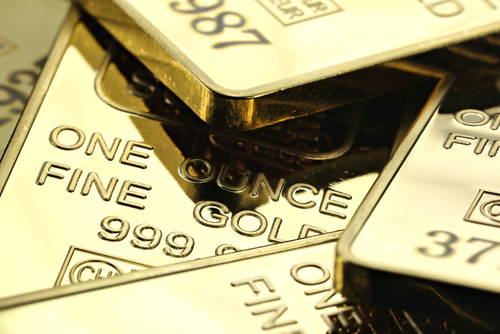 (Kitco News) - The gold market’s fresh 10-month high could be the start of a renewed uptrend in the precious metal as the market has broken important resistance levels, according to some economists.

With new momentum in the precious metals market, some analysts have said that it could be only a matter of time before prices break above last year’s highs around $1,365 an ounce. Many analysts have noted that gold will continue to benefit as the U.S. dollar struggles to find momentum in an environment of growing economic uncertainty and low interest rates.

“Gold is breaking out above its previous swing high in what has been an extremely favorable technical and fundamental landscape,” said Bill Baruch, president of Blue Line Futures, in a note to clients. “We believe there to be significant upside given that we find the Dollar near the high end of its range.”

Joshua Mahony, market analyst at IG, said in a note that the latest breakout in gold could ultimately push prices to as high as $1,375 an ounce with initial resistance coming in at $1,357. He added that gold price would have to fall back below $1,323 to neutralize the current rally.

Christopher Vecchio, senior currency strategist at DailyFX.com, said that he sees initial resistance for gold at $1,348 an ounce, which represented the consolidation range during the first two weeks of the month.

“Gold prices continue to charge higher in an environment marked by heightened political uncertainty in the Eurozone, the U.K., and the U.S.,” he said.

David Madden also sees the potential for gold prices to rally nearly another 1%. However, he has said that he expects any rally to be a grind higher as he does not expect to see significant weakness in the U.S. dollar.

“The commodity has been in an upward trend since mid-November, and should it continue it might retest the $1,350 area,” he said in a note to client.

Commodity analysts have been turning more bullish on gold since last month after the Federal Reserve signaled that it would pause its interest rate hike cycle for the foreseeable future. Analysts have noted that a “patient” U.S. central bank, will keep real interest rates low and provide less of a tailwind for the U.S. dollar. Growing economic risks and the rising fear of a global recession will also keep pressure on equity markets, economists have also said.