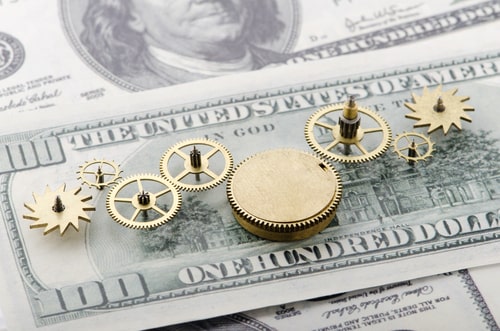 (Kitco News) - Gold prices hit a 10-month high this week and the rally is not over, according to Capital Economics, which is projecting that the U.S. economy will disappoint markets this year.

“Given our view that global growth will slow this year, we doubt that equities will continue to do so well. However, we think that the rally in gold and other safe havens has further to run,” said Capital Economics markets economist Simona Gambarini.

The U.S. economy will surprise the markets on the downside, Gambarini wrote in a note on Wednesday, explaining that the situation is “worse than investors seem to be anticipating.”

The result of slowing growth will be the Federal Reserve going back to loose monetary policy, including cutting rates, Gambarini said.

“It is only a matter of time before the cumulative effect of previous monetary tightening and fading fiscal stimulus start taking a toll on activity, forcing the Fed to cut rates next year by even more than is currently priced into markets,” she stated.

Economic growth in the rest of the world will also be unimpressive, forcing the majority of the world’s biggest central banks to stay away from tightening, the note added.

“With this in mind, we think that safe-haven assets will continue to do well this year. Our end-2019 forecast for the price of gold is $1,350 per ounce, which is only slightly above its current level of $1,343 but substantially higher than the price at which it was trading when the equity market’s sell-off started in late September,” Gambarini wrote.

Considering this outlook, equities are bound to start declining soon, with gold no longer rising alongside the S&P 500.

“Since mid-January, the price of gold has rallied despite equity markets rebounding strongly. This appears to be due to the fact that Treasury yields have continued to decline,” Gambarini pointed out. “Lower interest rates make an asset like gold, which bears no interest, more attractive. The simultaneous rallies in Treasuries and the S&P 500 seem to reflect expectations that the U.S. economy will not slow sharply provided that monetary policy stays loose for longer.”